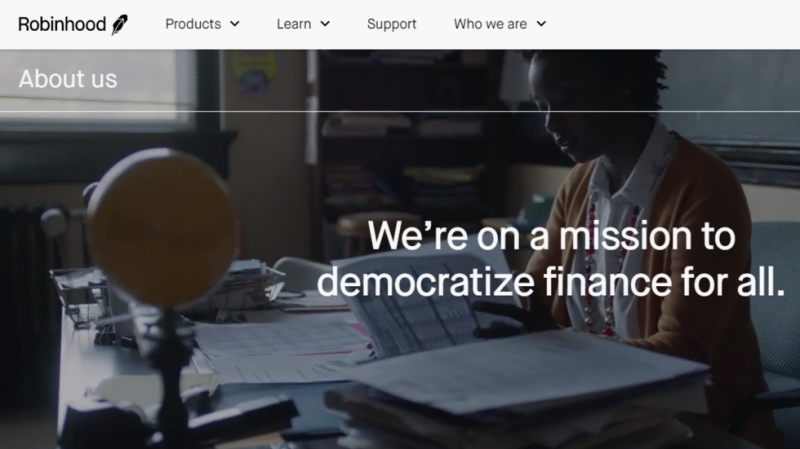 Traders logging on to Robinhood on Thursday were informed that they were no longer able to purchase stock in $GME, $AMC, $BB and $NOK (GameStop, AMC Theaters, Blackberry and Nokia). These are the four companies whose share prices were massively inflated in recent weeks by crowds of amateur investors purchasing the stocks.

$GME was trading at $316 before the halt, and has since dropped to below $300, though markets have yet to open. However, $GME recouped all of its losses once trading opened, even as the NASDAQ temporarily paused trading.

Some users reported that they were only allowed to close out their positions, but with nobody to buy, these users stood to lose massive profits.

The shutdown came after these traders inflicted punishing losses on some of Wall Street’s biggest hedge funds, while getting filthy rich themselves in the process. Investing firm Citron Research declared GameStop, the video games retailer hammered in recent years by the move to digital downloads, a stock in “terminal decline,” prompting other investors to take short positions on the stock. Put simply, the firms borrowed shares in GameStop anticipating a continued drop in its market value, hoping to buy these shares back at a lower price, return their original borrowed shares to lenders, and pocket the profit.

The influx of amateur investors drove GameStop’s value up by more than 700 percent in January, forcing these funds to buy the shares at far more than they borrowed. Short sellers lost $14.3 billion on Wednesday alone, according to data firm S3 Partners, with one fund, Melvin Capital, requiring nearly $3 billion in bailout money from friendly firms to avoid bankruptcy.

Wall Street insiders accused the amateur investors, most of whom congregated on Reddit’s ‘WallStreetBets’ subreddit, of market “manipulation,” with some of the most powerful voices in the financial establishment demanding they be investigated and punished. However, these establishment fat cats have in turn been accused of engaging into market manipulation themselves when they paused GameStop, Nokia, and AMC trading at multiple points throughout Wednesday. Similar accusations were leveled at Discord, which banned ‘WallStreetBets’ groups from its platform later that evening citing allegations of “hate speech.”

Robinhood’s move infuriated the app’s former supporters, who accused it of reneging on its promise to “democratize finance for all.”

Despite its promise to bring trading to the masses, Robinhood is intimately connected with the Wall Street establishment. Chicago-based Citadel Securities functions as something of a middleman between Robinhood and exchanges like the NASDAQ (on which GameStop is traded), taking a cut of the earnings along the way. Citadel is also one of the firms that bailed out Melvin Capital earlier this week, and as such would benefit from GameStop’s stock crashing.