Home / INCREDIBLE / Traces of “dust devils” was recorded on Mars

Traces of “dust devils” was recorded on Mars 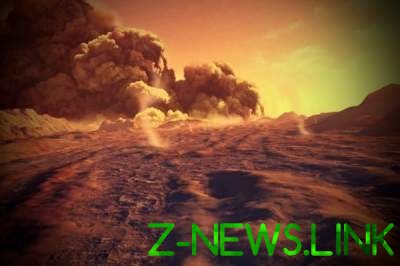 TGO orbiting satellite, launched by ESA, was designed to study the origin of trace gases in the atmosphere of the red planet.

However, the spacecraft managed to make a phenomenal discovery – he recorded the tracks “dust devils”. The name vortex was because they are ten times the scale of an earth desert phenomena. Reaching a hundred meters in height, the “devils” cause irreparable harm to the devices operating on the surface of Mars.

See also:  A month in the Luhansk region recorded 7 casualties among the civilian population, - OSCE

Closer to each other in such a tornado form a complex pattern. Dominated by dark-red color dust, but the satellite TGO used the filters of the other color categories blue and white. Recall that a space Explorer entered orbit around Mars in 2016, but no further information were submitted.

And only two years later, the European space Agency has received a clear colored image anomaly of the red planet.

See also:  The American scientist explained why some of those fakes are more valuable than true paintings