Toyota will switch to hydrogen technology 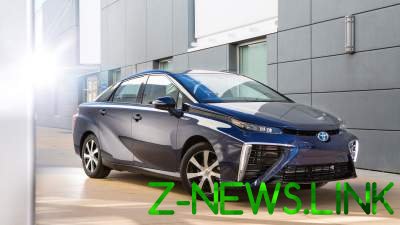 Toyota expects to move to hydrogen technology is the second generation and to increase sales of similar cars.

The next generation of cars with engines hydrogen fuel cells will cost comparable to gasoline-electric hybrid cars. The company plans to increase production of those cars 10 times in the next 8 years.

“In the early 2020s, we will build the technology of hydrogen fuel the next generation, it will provide a significant step forward. Today, the production Mirai is limited to 3000 cars a year, but by 2025 we expect this figure will be ten times more”, – said the General Manager of business planning Toyota Naomichi Hut.

Currently, the hybrid Toyota Prius costs around $25000, and the hydrogen Mirai sold for about $70000 in connection with the cost of its development. However, a new generation of hydrogen fuel technology will be much cheaper to produce, as said in the Toyota.

“As a result of these achievements we expect that in Japan, at least, hybrid and hydrogen cars will cost about the same,” added Hata.

See also:  Named the price of the most expensive in Ukraine electric car

In this case, the Toyota representative was not affected by infrastructure problems, so it is unclear how Toyota will deal with them in the coming years. Perhaps the government of Japan will give impetus to the increase in the number of hydrogen filling stations across the country.