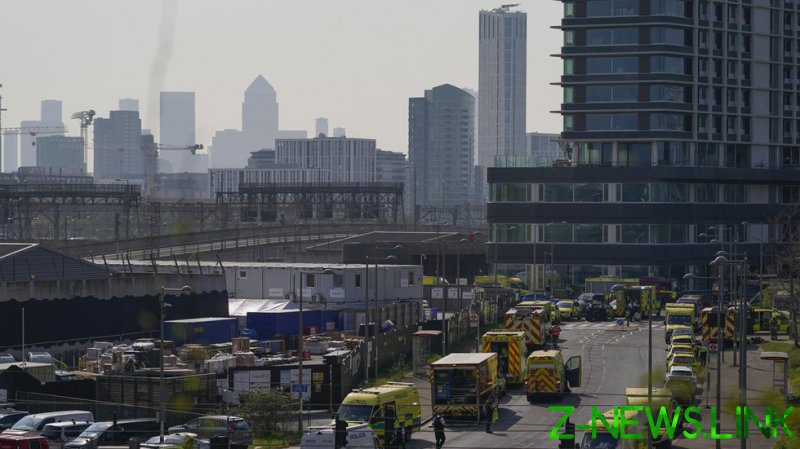 A number of people were hospitalized with breathing difficulties in London on Wednesday, after a chemical reaction caused a release of poisonous chlorine gas at a swimming pool. Residents nearby were asked to close their windows as firefighters ventilated the toxic fumes.

Workers at the London Aquatics Center at Queen Elizabeth Olympic Park in Stratford were taking delivery of chemicals on Wednesday morning when a “gas release” occurred, the Evening Standard reported.

“Due to a chemical reaction a high quantity of chlorine gas was released inside the center,” the London Fire Brigade stated shortly afterwards, adding that around 200 people were evacuated from the pool complex and that officers were ventilating the building.

Pool management said that “a number of casualties with breathing difficulties” were being treated by the London Ambulance Service.

Nearby residents have been asked to keep their doors and windows shut as emergency workers ventilate the building.

Chlorine is commonly used to disinfect swimming pools, and is usually transported in liquid or crystal form. However, chlorine becomes a gas when mixed with an acid such as ammonia or hydrochloric acid, and this yellow-green fog can cause vomiting and respiratory damage when inhaled.