Home / Travel / Tourists chose the most popular attraction in Britain

Tourists chose the most popular attraction in Britain 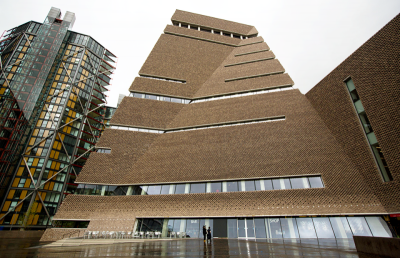 Where tourists go the most.

Modern art gallery the Tate has become the most popular landmark of London, for the first time ahead of the British Museum.

Last year, Tate Modern was visited by 5.9 million people, and the British Museum is 5.8 million, follows from the updated statistics of the British Association Alva, which includes representatives of regional departments for tourism development, preservation of historical heritage of the major museums and so on.

From the statistics shows that attendance Liverpool “Global Museum” has grown by 111%. In February last year, brought back several dozen figures of warriors “Terracotta army”. Thanks to Museum of Liverpool last year, has become the most popular center of culture outside of London. It was visited by 1.4 million, 610 thousand of them came to see the Chinese warriors. In the overall rating of the Museum took 23rd place, ahead of the gallery “Tate Britain” and London zoo.

Birmingham Museum also rose in the rankings, thanks largely to the skeleton of a Diplodocus from the London Museum of natural history. Birmingham Museum last year attracted 832 thousand visitors – 38% more than in 2017.

Opened in September a branch of the Victoria and albert Museum in Dundee by the end of the year managed to visit about 431 thousand.

“Tate Modern”, which last year were the blockbuster exhibition Picasso and Modigliani, took first place for the first time since opened in 2000.

The overall level of popularity of the British attractions is growing, but some of last year lost visitors, mainly due to the vagaries of the weather.

The most popular public garden in the country – Royal garden Weasley in Surrey was visited by 70 thousand people less than in 2017.

Cornish landscape the Eden project, Bedfordshire zoo and some of the castles and estates also lost visitors.

“I would like tourism were a little more sophisticated, but the weather always determines where people go,” prokomentiroval changes Alva Director Bernard Donohue. 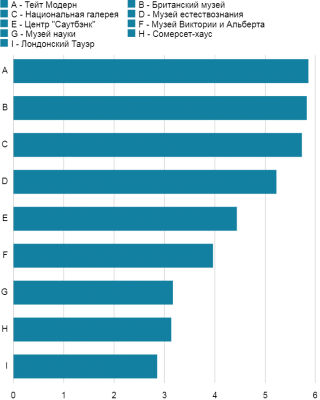