Tourists “cheated” with housing in Russia 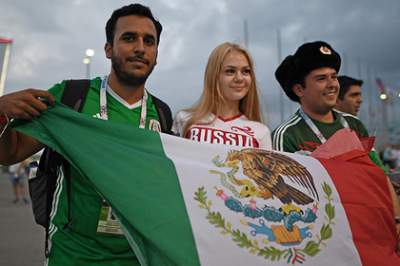 The Mexicans booked a room in February.

The administration of Rospotrebnadzor in the Sverdlovsk region launched an investigation in respect of the hotel Senator, which refused to settle the fans from Mexico.

“In connection with appearance of information in the media about the failure of the hotel “Senator” in the population of the citizens from Mexico to previously booked rooms by the office of Rospotrebnadzor in the Sverdlovsk region opened an administrative case and an administrative investigation are set out in the information facts,” — said in the message.

See also:  The vagaries of nature in the Carpathian mountains lashed by severe storm

According to the portal 66.RU the Mexicans booked in February and paid for two nights (from 26 to 28 June) 260 thousand rubles. However, when they arrived at the hotel, half of them refused to stay, and another five lived in one room instead of two.

“All accounts from the hotel, paid for by us. They have no right not to provide accommodation. Must either return the money or provide the room”, — commented the head of travel Agency Ruski Tours.

See also:  In mother Russia kicked out of the house Olympic medalist

Earlier in June, the employee of the Moscow hotel, denied guests from Mexico in the accommodation because of the soaring prices. Foreigners booked the hotel in 2017, however, early in June 2018 Manager Paul sent them illiterate letter in English stating that the price of the room is already five times higher than it was at the time of reservation.