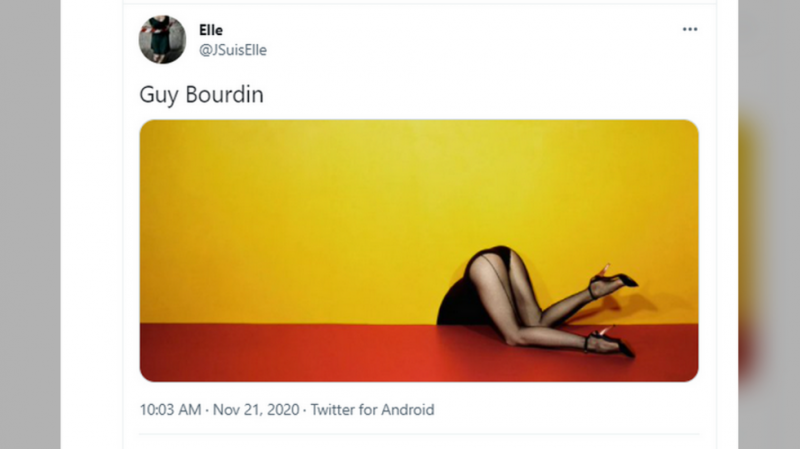 Feminist groups protested outside the Poster Museum of Toulouse on Wednesday. They demanded that the exhibition of the works of French fashion and commercial photographer Guy Bourdin be shut down.

“The City Hall prefers the culture of rape to female artists,” the Midi-Pyrenees Collective for the Rights of Women wrote on social media.

The Occitanie/Toulouse chapter of the women’s rights organization Movement HF rallied against what it said was “tolerating, justifying, or excusing gender and sexual violence.”

“It’s unacceptable everywhere and at all times,” the group said.

Toulouse Mayor Jean-Luc Moudenc has refused to close down the exhibition, however. “We don’t accept ‘cancel culture.’ We don’t throw away David’s paintings of Napoleonic battles or the books of Socrates,” the City Hall official wrote in an email to France Bleu radio.

The statement quoted Pierre Esplugas-Labatut, the deputy mayor in charge of museums, condemning the violence against women, but saying that Bourdin’s photos were products of their time.

“We’ve chosen [to rely on] the freedom, responsibility, and discernment of the visitors. Each person is free, with their own sensitivity, to appreciate or not appreciate the artist’s esthetics, and interpret them in a positive or a negative way,” the City Hall said.