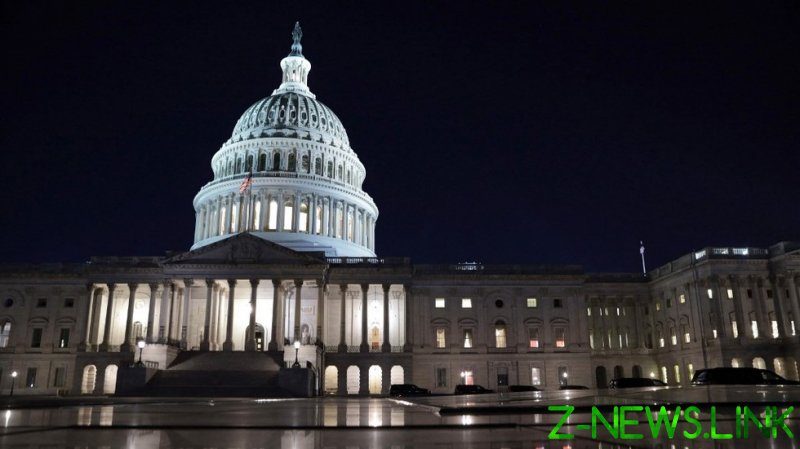 The Senate voted on Friday night against adjourning business until Saturday morning, ensuring that senators would stay on Capitol Hill overnight voting on a flood of amendments to President Biden’s long-anticipated Covid-19 relief bill, a $1.9 trillion package that includes $1,400 stimulus checks for eligible Americans and bailouts for state and local governments.

The amendment passed, again with 50 votes to 49, leading the original amendment’s sponsor, Rob Portman (R-Oregon) to ask why his colleagues didn’t go with the plan they approved “about an hour and a half ago.”

The amendments were two out of hundreds debated in what is known as a “vote-a-rama” session. The minority party, in this case the GOP, can use such a session to introduce hopeless amendments that they know won’t pass, in order to get the majority, the Democrats here, on record supporting controversial issues. Republican Sen. Tim Scott of South Carolina, for example, introduced an amendment calling for greater transparency in state nursing home investigations, a move that was defeated by the Democratic majority. For Scott, however, the vote makes for powerful campaign material, as it presumably shows Democrats aligning themselves with the disastrous nursing homes policies of New York Governor Andrew Cuomo and former Pennsylvania Health Secretary Rachel Levine.

Other amendments are a matter of political survival. Montana’s Jon Tester, for example, introduced one requiring Biden to re-approve the Keystone XL pipeline, which he blocked by executive order. The amendment was defeated, but passing it was likely never the point. A Democrat in a solidly red state, Tester needed to show voters at home that he’s an advocate for the energy industry, despite the fact that Biden’s order deprives the state of an estimated $63 million per year in tax revenue and 1,000 jobs.

Some are simply scribbled on paper and introduced at the last minute, presenting the minority with an opportunity to trigger a minute of debate and ten minutes to vote, prolonging the passage of bills they oppose.

Passing a $1.9 trillion bill was always going to be a marathon rather than a sprint. However, even amendments that eventually make it into a bill aren’t safe. At the very end of the vote-a-rama session, Majority Leader Chuck Schumer can simply introduce his own amendment to strip any others out of the bill, rendering the hours of Republican stalling pointless.