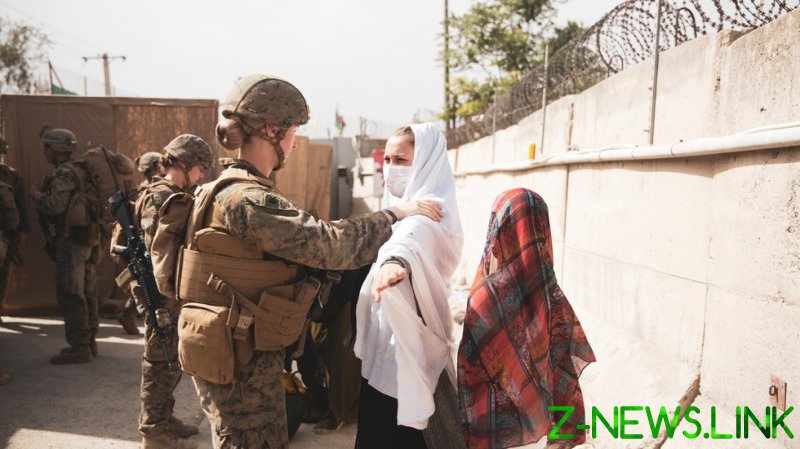 Binnie’s son, Sean, was killed in the Helmand Province in Afghanistan in May of 2009 while on patrol. The young soldier was reportedly shot as he was fighting insurgents. He left behind his wife Amanda, whom he had been married to for only six months. The 22-year-old acting sergeant was posthumously promoted following his death.

While the late soldier’s mother admits she has “never fully understood” the wars in the Middle East, she is proud of her son and the work he did while serving, which included helping in the building of resources like schools, as well as training Afghan military forces to “be as good” as Western troops so they could defend their own country some day.

It’s this training and long held intention to leave the country to these capable security forces that made Binnie and others believe a withdrawal after 20 years would include some more “support,” including air support, to help prevent a Taliban takeover, something that happened in rapid time last week as soldiers began evacuating citizens and military allies. The US did employ airstrikes in an attempt to stall the Taliban’s rapid advance, but the air power alone was not enough.

The Taliban held a press conference this week, announcing to the world that a new government will soon be formed. Though they promised women’s rights and press freedom would be respected in this new regime, many have pointed to the situation on the ground, where many are desperately trying to escape the militant rule and reports of violations of human rights are rampant.

“I do not believe the Taliban are being totally honest,” Binnie said.

The idea of a Taliban-run government working with foreign powers is something the mother can’t “fathom.” She believes too that the militant group could present a security threat to the UK if they continue to regain and retain power.

“What’s going to happen next if they can overtake Afghanistan in such a short period, when is it going to come to our shores again?” she said. “I don’t trust the Taliban. It was the Taliban that killed my son.”

The US and UK governments, Binne added, owe an explanation to families of veterans who “can’t comprehend” the state in which the country their loved ones served in is being left in.

They must “explain to us why they withdrew so rapidly,” she said.

Without ongoing support from the US and allied forces, the country they’d occupied for two decades was left in a position where they could not do the thing that was intended all along: secure their country from militant forces. “I don’t know how they were meant to do that,” Binnie said.

The military wife and mother now watches footage from Afghanistan, including “terrified” people trying to evacuate by clinging to the outside of planes – one recent attempt led to “several fatalities,” including a man later found in the wheel well of the US Air Force plane – and she can’t help but wonder if what her son and others did as individuals and soldiers was all for “nothing.”

Binnie said she remains proud of her son’s service to “Queen and country” which he believed so greatly in and does not regret signing the necessary waiver for him to begin his service at 16.

“It was in his blood,” she said of her son. “It was something that he wanted to do, and he was a good soldier from all accounts.”