‘Torturing the English language’: Biden accused of twisting the truth with promise his Covid-19 stimulus plan ‘finishes the job’ 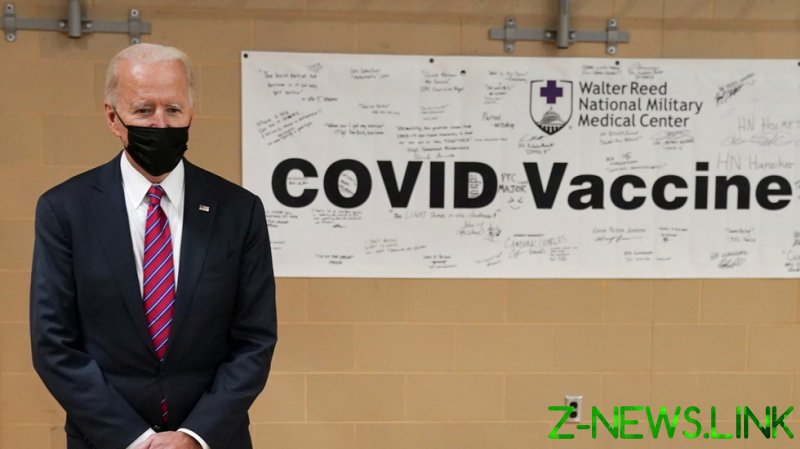 “$600 is simply not enough when you have to choose between paying your rent and putting food on the table,” Biden tweeted on Saturday, referring to the $600 stimulus payment passed in the final weeks of Trump’s presidency.

Biden went on to claim his $1.9 billion American Rescue Plan, which he has urged Congress to pass sooner rather than later, “finishes the job of getting $2000 to folks who need it most.”

Biden may not have intended it, but his tweet aligns him with former opponent Trump, who criticized Congress in December for a Covid-19 stimulus bill that offered a “ridiculously low” $600 direct payment to Americans, and he pushed for the same $2,000 payment Biden appears to be calling for now.

Biden’s America Rescue Plan, however, offers a $1,400 stimulus payment, a one-time deposit other Democrat lawmakers have called too low. Rep. Ilhan Omar (D-Minnesota) and numerous other House members called this week for Biden to offer recurring $2,000 payments until the economy is completely reopened.

Biden previously promised a $2,000 stimulus payment “immediately” when he took over as president. Even with Democrats in control of both the House and Senate, though, this has not happened.

Critics have taken to social media to accuse Biden of paying lip service with his repeated calls for higher Covid payments, and to question the bizarre math behind his supposed $2,000 stimulus payments – as his plan actually offers $1,400, which only goes up to $2,000 if you count the stimulus passed while Trump was president.