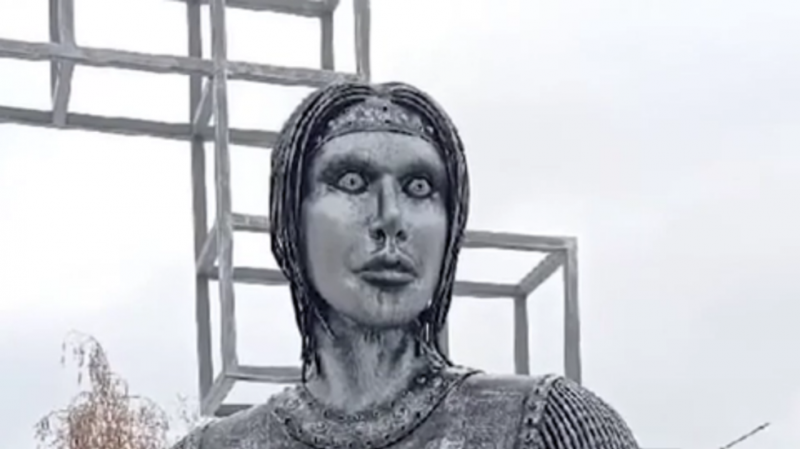 The monument to a girl named Alenka, who local legend holds founded the village that later grew into Novovoronezh, was listed for a starting price of 1 million rubles ($13,650) on Monday, but four bidders battled it out to secure the statue, driving its price up to 2.6 million (around $35,500). The seller reportedly plans to donate the proceeds to charity.

Pavel Zhirunov, the deputy director general of the Russian Auction House, where the lot was on offer told local media that “the sale showed, firstly, that thanks to the attention of society and the media, the status of the subject of the auction has risen to unprecedented heights.” According to him, the circumstances of the sale “made the art object not only a subject of discussion, but also an investment object.”

The statue was torn down by authorities just days after it was unveiled in a ceremony by the city’s mayor. One social media user wrote that it was “more like a monument dedicated to the victims of Covid-19. It’s a pity that they didn’t put it at the entrance to the city.” Others said it more closely resembled rock singer Marilyn Manson or a “Zombie Angelina Jolie,” and the statue quickly became a meme on Russian-language social networks.

The senator for the region, Alexey Pushkov, added his voice to those complaining about the installation, saying “yes, it’s creepy. The eyes are like those of an extra-terrestrial.”