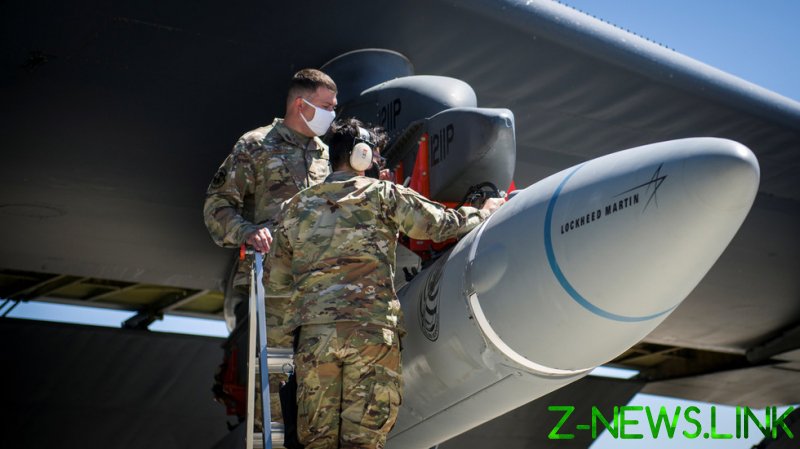 Kendall told Reuters on Tuesday that “there is an arms race, not necessarily for increased numbers, but for increased quality” and that the race had “been going on for quite some time.”

The secretary also claimed “the Chinese have been at it very aggressively,” and that while the US hadn’t “done nothing,” it also hadn’t “done enough.”

“I love the A-10. The C-130 is a great aircraft that’s been very capable and very effective for a lot of missions. The MQ-9s have been very effective for counterterrorism and so on. They’re still useful, but none of these things scare China,” Kendall said, referring to A-10 Thunderbolt straight wing fighter jet, Lockheed C-130 Hercules four-engine transport aircraft, and MQ-9 Reaper drones. The aircrafts were produced in 1972, 1954, and 2001 respectively.

US military top brass has been sounding the alarm over Beijing’s alleged advantage in cutting-edge military technology. Reports in the US media of a hypersonic test allegedly conducted by China in summer riled up the Pentagon, with a top US Space Force general stating that the US was far behind China and Russia when it comes to hypersonic weapons.

“We’re not as advanced as the Chinese or the Russians in terms of hypersonic programs,” said US Space Force General David Thompson in November, adding that the US has “catching up to do very quickly.”

Beijing, however, has repeatedly denied reports that it had tested a hypersonic missile, insisting that the July launch involved a regular reusable space vehicle.