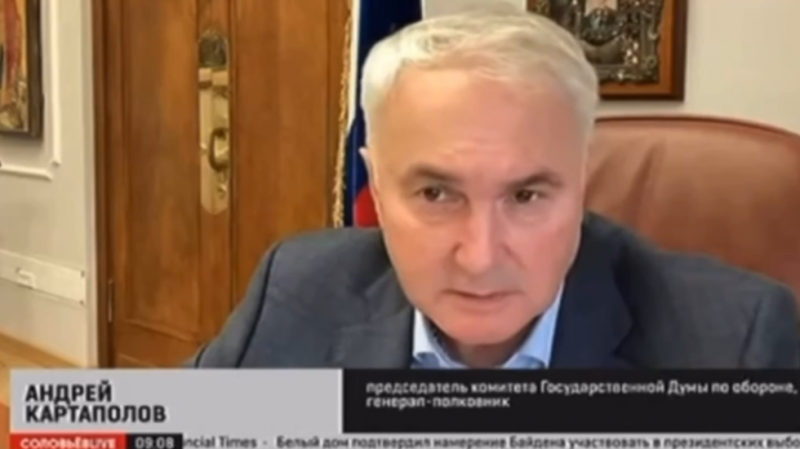 Russians should receive more information about what is actually happening at the frontlines of Moscow’s military operation in Ukraine, insists Andrey Kartapolov, Chairman of the State Duma (lower house of parliament) Defense Committee.

Speaking on Soloviev Live on Wednesday, the Colonel General said the Russian Ministry of Defense should stop hiding information from citizens and be more truthful in its reports.

“No more lies. We’ve talked about this before. [RT Editor-in-Chief] Margarita Simonyan has spoken about this in length but, apparently, this has not reached the ears of some individual leaders,” Kartapolov said, noting how reports from the Soviet Information Bureau during the early months of the Nazi invasion of the USSR in 1941 provided more information than what is being said in Russia’s Ministry of Defense reports today.

“In every report they said that somewhere we are retreating, somewhere we are stubbornly repelling the attacks of a superior enemy, somewhere we have left settlements,” the politician said, stressing that when people read the Soviet reports, they gained an understanding that the situation was difficult and that the country was in danger.

Kartapolov said that Russia is also in danger today and that the enemy is already on Russian land, referring to Belgorod Region, where, he claims, nearly all villages bordering Ukraine have been destroyed, while the city of Valuiki is under constant fire from Kiev’s forces.

The chairman lamented the fact that none of this information is being reported by official sources and people learn about these things from governors, telegram channels and military correspondents.

“The reports from the Ministry of Defense practically do not change their content,” Kartapolov noted, warning that the Russian people “are not stupid” and can see that they are not being allowed to learn even a portion of the actual truth.

“This can lead to a loss of credibility,” the deputy warned.

While the Russian Defense Ministry releases daily updates on its Telegram channel, reporting on the number of enemy combatants or equipment destroyed, it rarely indicates how many Russian service personnel are killed or injured, or how much military equipment is lost in the fighting.

The last time Moscow officially announced its losses was on September 21, when Defense Minister Sergey Shoigu stated that the Russian military had lost some 6,000 fighters since hostilities broke out in late February. According to the Ukrainian side, about 55,000 Russian soldiers have been killed.