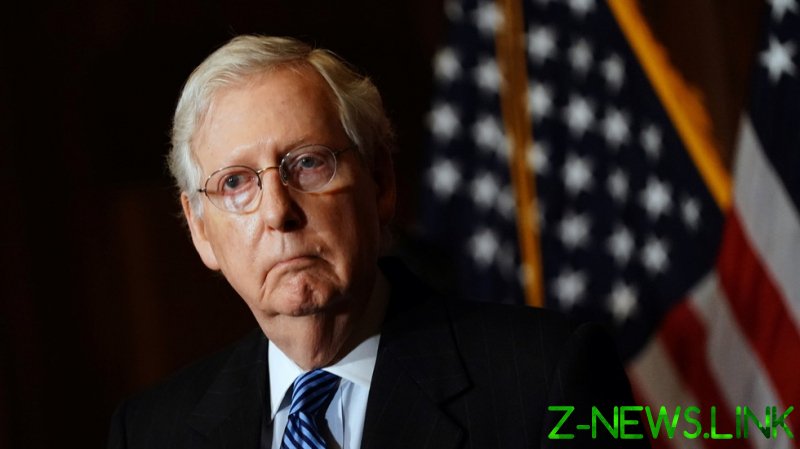 McConnell, a Republican, noted that “as of this morning, our country has a president-elect and a vice president-elect” in a public address on Tuesday, admitting “our system of government has processes to determine who will be sworn in,” even though “many millions of us had hoped the presidential election would yield a different result.”

The Electoral College confirmed Biden’s win on Monday, leading a number of Republican lawmakers who had previously been reluctant to acknowledge the Democrats’ apparent win to announce their allegiance publicly.

President Donald Trump has yet to explicitly concede. While he has previously acknowledged he will have to leave the White House if the Electoral College formalizes a Biden victory, he has continued to claim electoral fraud is the reason he lost.

The media establishment all but crowned Biden the winner in the days following the vote last month, despite Trump and his lawyers insisting the dozens of challenges they have brought before various states’ courts would halt the Democrats’ alleged election theft. However, what little success the Trump campaign has had in challenging the election result in court has, so far, not been enough to overturn it.