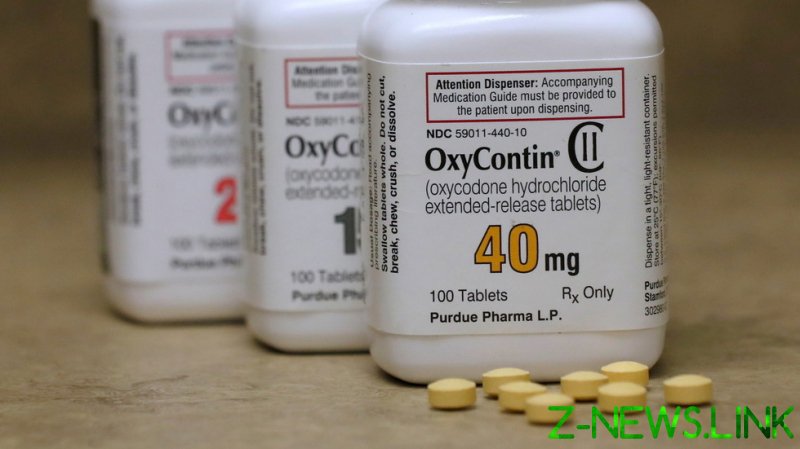 CVS, Walmart, and Walgreens have been found guilty of “recklessly” distributing massive amounts of pain pills across a pair of Ohio counties, a federal jury declared on Tuesday in a first-of-its-kind verdict. The ruling represents the first time pharmacy companies had been held legally responsible for the crisis that has wreaked havoc across the US over the last two decades, killing over half a million Americans.

The verdict opens the door to further such charges as states and municipalities elsewhere in the US seek to hold someone – drugmakers, sellers, distributors – responsible for the massive suffering the opioid epidemic has inflicted on their populations. Some 80 million prescription painkillers were doled out between 2012 and 2016 in Trumbull County alone, the equivalent of 400 pills for every resident; Lake County experienced a similar influx, with 61 million pills flowing into the small community.

Lake and Trumbull counties blamed the three pharmacy mega-chains for failing to halt the flow of pills into the hands of addicts and dealers, leading to hundreds of overdose deaths and costing the two counties some $1 billion, according to the counties’ attorney. The amount of damages to be paid will be decided by a federal judge in the spring.

Previous legal efforts have focused on the manufacturers and distributors, but the lawyer in the Ohio suit was able to convince the jury that the pharmacies played an “outsize role” in creating a public hazard in the manner in which they dispensed the pills. Attorney Mark Lanier pointed out that “the law requires pharmacies to be diligent in dealing drugs,” arguing the case should “be a wake-up call that failure will not be accepted.”

CVS and Walgreens have announced that they will appeal the verdicts, and lawyers for all three chains claimed they had policies in place to halt the influx of pills whenever their pharmacists were “concerned” about “suspicious” orders from doctors, though they ultimately argued it was up to doctors to decide how many pills could legitimately be prescribed for one condition or another. Two other pharmaceutical chains, Rite Aid and Giant Eagle, already settled with the counties.

While a Walgreens lawyer insisted at the start of the trial that pharmaceutical manufacturers had “tricked” doctors into “writing way to many pills,” he claimed the trend toward writing prescriptions for what used to be end-of-life drugs like opioid painkillers had come up organically due to the recognition of medical groups that “patients have the right to be treated for pain.”