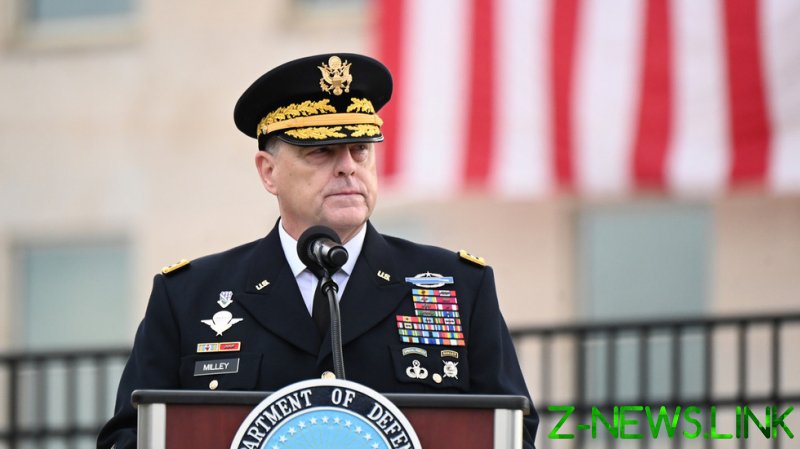 Asked about Biden’s comment during a Senate committee hearing on Thursday, General Mark Milley, chairman of the Joint Chiefs of Staff, suggested that the president was speaking more loosely in regards to the nation’s greatest threats, instead naming two foreign ‘adversaries’.

“Climate change does impact, but the president is looking at a much broader angle than I am,” he said, responding to a question from Senator Kevin Cramer (R-North Dakota).

During a visit with American troops stationed in the UK on Wednesday, Biden recalled a previous discussion he had with senior Pentagon officials. “This is not a joke. You know what the Joint Chiefs told us the greatest threat facing America was? Global warming,” the president said.

He added, however, that the conversation took place soon after he became vice president under Barack Obama, meaning different officials were in place at the time, before Milley’s tenure as the chairman of the Joint Chiefs.

Former president Donald Trump also weighed in on Biden’s remark on Thursday, calling to terminate the Joint Chiefs over their advice on climate change, apparently under the impression it came from current officials.

Despite downplaying the issue in comparison to foreign militaries, General Milley did, however, go on to say that the changing climate posed a “threat” and could have a “significant impact on military operations,” adding that “national security has a broad angle to it.”

Senator Cramer remained unconvinced, responding: “I just think it’s peculiar that the president would go to another continent and tell our service members there that the number-one threat is climate change, albeit a threat.”