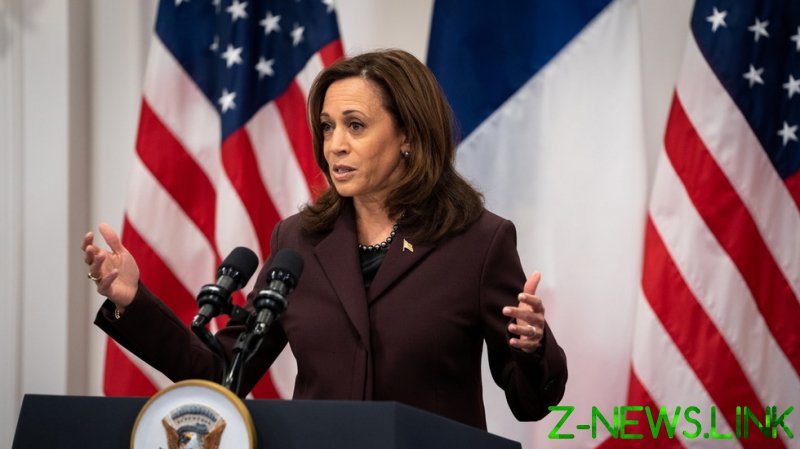 Etienne is “leaving the office in December to pursue other opportunities,” a White House official told CNN on Thursday. She came to the vice-president’s team from Biden’s campaign, where she was a senior adviser. Her previous experience included working for President Barack Obama and current House Speaker Nancy Pelosi (D-California), back when she was minority leader.

Officially, Etienne’s departure was expected at the end of the year anyway. However, it comes after what Vanity Fair described as “a raft of stories on infighting and low morale in the vice president’s office” this week, and polls showing Harris even less popular than Biden.

On Monday, CNN reported that the patience of West Wing aids, exasperated with “entrenched dysfunction and lack of focus” from the VP staffers, was running thin. Following a CNN report about alleged tensions between Biden and Harris aides, the White House chief of staff Ron Klein and press secretary Jen Psaki both threw their weight behind the VP, with Psaki alleging that criticism of Harris was driven mainly by racism and sexism.

Harris, a senator from California, tried running for the Democrats’ 2020 nomination herself, but dropped out before the first primary amid lackluster polling. She famously clashed with Biden over him working with “segregationist” Senators during one of the early debates, only to endorse him in March and get picked as his running mate in August.

Since becoming VP, Harris was given a number of tasks, from dealing with the influx of migrants on the US-Mexico border to spearheading Democrats’ efforts to nationalize voting rules. A recent Suffolk/USA Today poll showed her at only 28% approval, full ten points below Biden’s 38%.