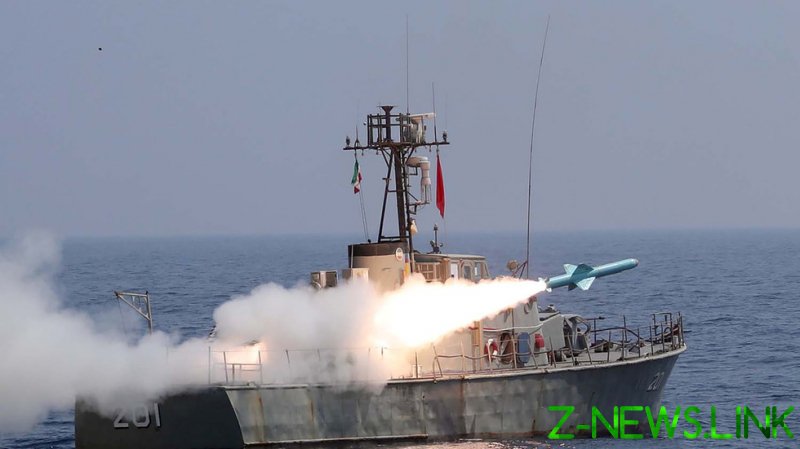 In an interview with state media, General Abbas Gholamshahi, the commander of the Islamic Revolutionary Guard Corps (IRGC) Navy’s 1st Naval District, said the “terrorist” US military was maintaining an “illegitimate presence” around Iran. He argued that US military forces stationed across the world only led to more instability and countries should be allowed to safeguard their own national security without foreign interference.

Commenting on tensions in the Persian Gulf, the general warned that any provocations or incursions into Iranian waters by the US Navy would trigger a confrontation with the IRGC fleet. He said the United States was aware of Iran’s military power and such a conflict would inflict “irreparable damages” on American forces. The Islamic Republic has repeatedly cautioned Washington against military adventurism in the region.

In May, Tehran claimed a US-Iran confrontation in the Persian Gulf was sparked by the unauthorized presence of US naval vessels during planned Iranian military drills. The Pentagon countered that the IRGC fleet had acted in a “harassing” manner towards the US ships.

The US Navy began patrolling the waters around the Persian Gulf in September 2019, purportedly to protect commercial vessels traveling through the area. The move came after Iran seized a British-flagged oil tanker and another based in the United Arab Emirates. Earlier, British marines had seized control of an Iranian-flagged tanker off the coast of Gibraltar.

Military tensions between Tehran and Washington have been running high since the US assassination of top Iranian Quds Force commander Qassem Soleimani in a drone strike in January. The killing triggered retaliations from Iran in the form of missile strikes on Iraqi bases housing US troops.