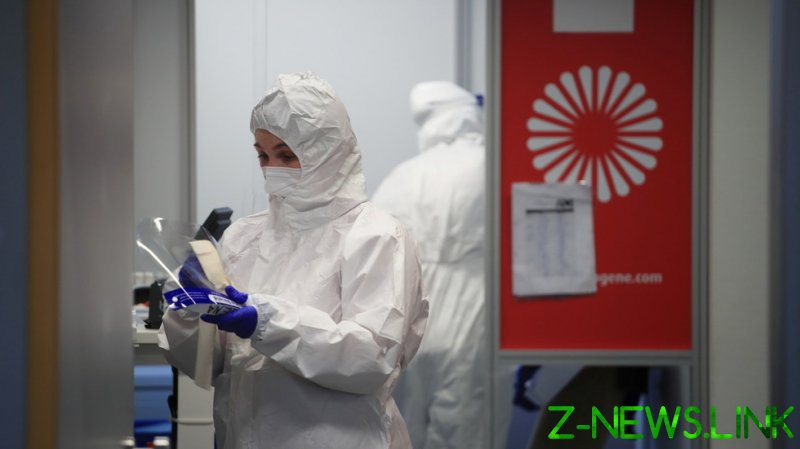 The statement that the new strain of Covid-19 is 70 percent more contagious is nothing, but a claim made by politicians so far, Christian Drosten, the head of the virology department at the Berlin’s Charite center — one of Europe’s largest university hospitals — told the German radio broadcaster Deutschlandfunk.

“Suddenly, there is this figure out there, 70 percent, and no one even knows what is meant by that,” he said. The virologist believes there is just not enough data to really say that the new strain is any more dangerous than the other existing ones.

The data provided by the British scientists on the new strain is still incomplete, Drosten said, adding that even preliminary analysis results would arrive within a week. The fact that discovery of a new strain coincided with a sharp rise of new infection cases in southeast England also does not necessarily mean that the new virus is to blame, the virologist believes.

“The question is … whether the virus is to blame or whether it was just a local epidemic outbreak, or the lockdown was not so strict … and transmission mechanisms were in place … in an area where this particular strain happened to be,” he said.

It was also too early to say whether this virus actually transmits faster. To do so, one needs to “look at who infected whom and how long it took,” Drosten explained, adding that “one would be surprised” if such a parameter as the virus infectiousness would significantly change all of a sudden now.

What is known so far is that a mutation present in the new strain lets it form a stronger binding with human cells. Still, according to Drosten, that does not automatically mean quicker reproduction since the virus stays with one cell for a longer period of time than it could and probably should to successfully replicate.

The scientist also said that similar coronavirus mutations already repeatedly appeared during the pandemic only to disappear at some point. He also said that the new strain is unlikely to affect any coronavirus vaccine’s effectiveness since an immune response formed through vaccination is a complex process that would hardly be affected by a minor change in the virus structure.

Still, Drosten admitted that the officials were right to be cautious and temporarily ban all travel to and from the UK now that the whole situation is still unclear. “Of course, as a politician, one has to act out of caution here,” he said, adding that the current policy approaches could be “corrected” once more information is available.

The discovery of a new coronavirus strain prompted many nations to suspend all travel to and from the UK. The list of countries that joined the international quarantine of the UK includes the Netherlands, Belgium, Italy, France, Germany and Poland, as well as Russia. Some nations outside Europe, like Iran, Argentina, Chile and El Salvador also cut transportation links with the UK.

Turkey and Saudi Arabia, meanwhile, suspended travel not just to the UK but to other nations as well. The moves came as British Prime Minister Boris Johnson said that the new Covid-19 strain is supposedly 70 percent more contagious and announced a strict Tier 4 lockdown in part of the country, including London.