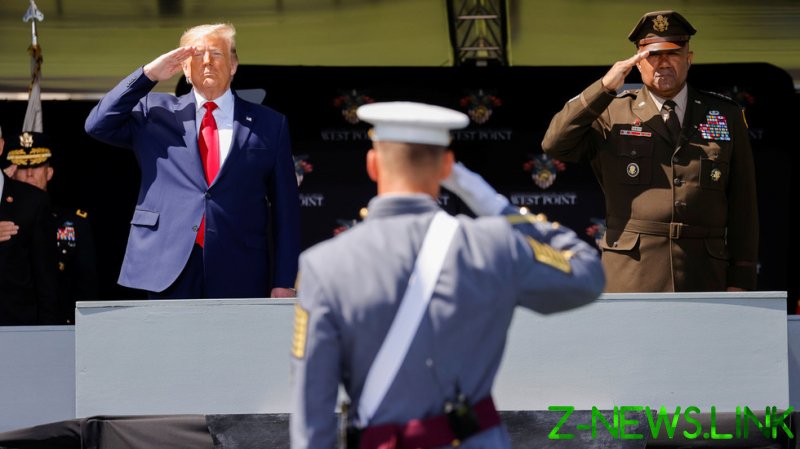 “I believe deeply in the principle of an apolitical US military,” Milley said in a letter to Representatives Elissa Slotkin (D-Michigan) and Mikie Sherrill (D-New Jersey). The two members of Congress did not release the letter, but quoted excerpts from it in a statement on Friday.

“In the event of a dispute over some aspect of the elections, by law US courts and the US Congress are required to resolve any disputes, not the US military,” Milley reportedly added. “We will not turn our backs on the Constitution of the United States.”

At first blush, this seems to dash the hopes expressed by some prominent Democrats in recent weeks that the military would help them remove President Donald Trump from the White House – assuming he loses the election but refuses to concede.

Former Vice President Al Gore was the latest to bring up the scenario, in a Reuters interview this week. Two retired Army lieutenant-colonels, John Nagl and Paul Yingling, attracted significant media attention earlier this month, when they sent Milley an open letter via the outlet Defense One outright demanding that the military oust Trump by force.

“If Donald Trump refuses to leave office at the expiration of his constitutional term, the United States military must remove him by force, and you must give that order,” Nagl and Yingling wrote.

The scenario was first voiced by the Democrats’ presidential nominee Joe Biden, who brought it up during an interview in early June. He was “absolutely convinced they will escort him from the White House with great dispatch,” he told the Daily Show host Trevor Noah, referring to the military.

Biden’s comments came as a number of former military officials spoke out against Trump – including former Defense Secretary Jim Mattis and former JCS Chairman Mike Mullen. Shortly before Biden’s interview, Milley himself had apologized for his presence at Trump’s side after the incident at Lafayette Park, just north of the White House. The media coverage of the current and former military officials’ statements made it seem as if they were inclined to support the Democrats.

The Pentagon has already rejected Nagl and Yingling’s calls, however, with chief spokesman Jonathan Hoffman calling their argument something “born of unserious thought reflecting a fundamental lack of appreciation for the history of our democracy and the civilian-military relationship established under our Constitution” at a press conference earlier this month.

Miley’s comments may seem like the final nail in the coffin of the issue. However, Slotkin and Sherrill were careful to note in their statement that Congress has the authority to certify the election, and that the military is required to “obey orders from the congressionally-certified President.”

This sounds as if some Democrats may be considering the possibility of refusing to certify the election in case Trump wins. Last month, when Trump floated the idea of delaying the election due to the Covid-19 pandemic, some Democrats argued that would just automatically make House Speaker Nancy Pelosi the lawful president once his term expires.