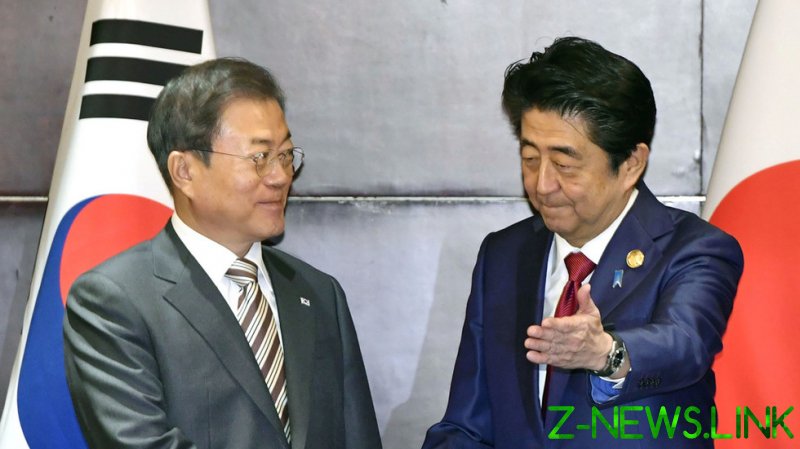 South Korean Vice Foreign Minister Choi Jong-kun summoned on Saturday the head of the Japanese diplomatic mission to Seoul, Ambassador Koichi Aiboshi, to formally protest what one of his deputies said to a local television station.

The cable TV broadcaster, JTBC, said on Friday that a senior Japanese diplomat made a comment that was “difficult to put into words” when talking about South Korean President Moon Jae-in’s attempt to organize a summit with Japanese Prime Minister Yoshihide Suga during the upcoming Olympic Games in Tokyo.

During the meeting on Saturday, the Japanese ambassador expressed regrets and said he would convey the objections and demands of the South Korean side to his government. Choi said that Tokyo must take “visible and due steps to prevent a repeat of such a situation,” according to Yonhap news agency.

Earlier in the day, Aiboshi described his subordinate’s words as “extremely inappropriate and very regrettable,” and said he had “sternly cautioned Minister Soma after receiving his briefing” on what had happened. He added that Soma didn’t mean to disrespect the South Korean president.

The relationship between Tokyo and Seoul, both key allies of the United States in the region, has been affected by numerous divisive issues. Some stem from historic grievances that Korea suffered from Imperial Japan, its former colonial overlord and conqueror during World War II. Others arose more recently over bilateral trade and restrictions imposed on it by the two sides.