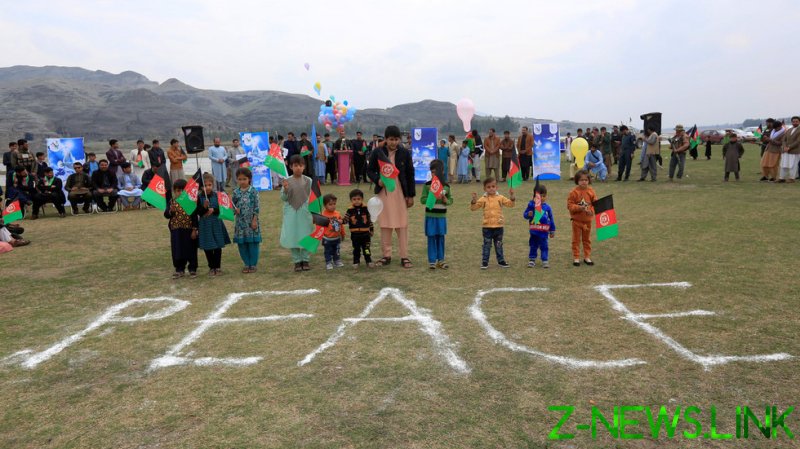 “It’s a general feeling that May 1 is too soon, just logistically,” Smith said on Wednesday, during a virtual event hosted by Foreign Policy. “You cannot pull out ten thousand-plus troops in any sort of reasonable way in just six weeks.”

“Job one is to try to get back in to talk to the Taliban about at least giving us more time,” Smith said. He maintained that the delay is “purely logistical” in nature.

There are currently 3,500 US troops – including the 1,000 or so “off the books” personnel that the Pentagon had reportedly failed to disclose to the Trump administration – and another 7,000 or so NATO troops in Afghanistan. They were supposed to depart by May 1, under the terms of the Doha Agreement signed between the US and the Taliban in February 2020.

Smith’s revelation is unlikely to go over well with the Taliban, who have already said that the US failure to depart by the agreed-upon date would be regarded as breach of the deal and warrant a “reaction.”

“We hope that this will not happen, that they withdraw and we focus on the settlement, peaceful settlement of the Afghan issue, in order to bring about a permanent and comprehensive ceasefire at the end of reaching a political roadmap [for] Afghanistan,” Taliban official Suhail Shaheen told reporters last week, while attending negotiations in Moscow.

On Wednesday, Smith acknowledged the US troops would be vulnerable and could “lose lives” if they remained, and argued that a withdrawal would send the message that diplomacy is a better way of dealing with terrorist threats.

“In the past twenty years, we have relied too much on the military and too much on thinking that if you kill enough people it will be okay,” he said.

Lisa Curtis of the Center for a New American Security – a think-tank founded by alumni of the Obama administration, some of whom now work for Biden – argued the opposite, saying that the risk of “zero troops” was too high and that the Taliban would take over Afghanistan in 12-18 months if US and allied forces leave, resulting in a “convergence of terrorists around the world.”

A former senior Pentagon adviser revealed last week that the US military and the Washington political establishment have been dragging their feet on leaving Afghanistan, even when outright ordered to do so. President Donald Trump’s last-ditch effort to withdraw troops by the end of 2020 with an executive order was scuttled by his own appointees and the military leadership.

After Defense Secretary Mark Esper joined Joint Chiefs of Staff General Mark Milley in arguing the “necessary conditions had not been met” to leave Afghanistan, Trump fired Esper and appointed Christoper Miller as his replacement. However, Miller later joined Milley and national security adviser Robert O’Brien in telling Trump his orders could not be carried out, according to his adviser Colonel Douglas Macgregor.

While the Biden administration has appeared content to defer to the Pentagon leadership on Afghanistan, it is facing pushback from its own party. On Monday, Congresswoman Barbara Lee (D-California) sent a joint letter with he Republican colleague Ken Buck of Colorado, urging the White House to honor the deadline

“It is long past time to end these forever wars,” said the co-chair of the House Democrats’ Policy and Steering Committee.