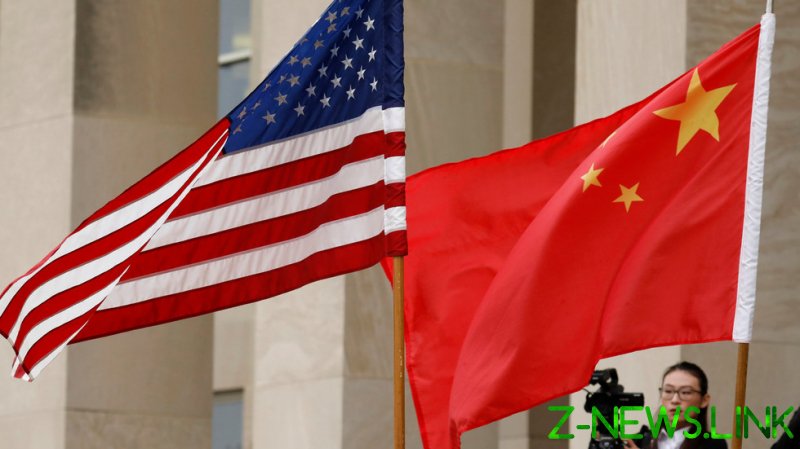 The US officials are scheduled to “discuss a range of issues” with China’s Director of the Office of the Central Commission for Foreign Affairs Yang Jiechi and Foreign Minister Wang Yi, a short statement issued by the State Department said on Wednesday, without providing any further details about the upcoming meeting.

The talks were set to take place after Blinken met with Japanese and South Korean officials, which are referred to as America’s “closest regional allies” in the statement.

The news comes just a day after Wang Yi said that Beijing should enhance its cooperation with Moscow, in particular to counter Western disinformation campaigns as well as foreign interference, including the so-called “color revolutions” often supported by the US and its allies.

The top China diplomat specifically singled out the US as a potential threat to his nation’s sovereignty, but said that Beijing is still “ready” to cooperate and would not be first to create any artificial obstacles to bilateral relations with Washington.

Blinken called China the “biggest geopolitical challenge of the 21st” century earlier in March as he outlined the US foreign policy priorities under the Biden administration. The secretary of state admitted that Beijing is the “only” power that can “seriously challenge” the international system “that makes the world work the way we want it to.”

He also outlined the US approach to its relationship with China, saying it “will be competitive when it should be, collaborative when it can be, and adversarial when it must be.” He also said that the US plans to deal with China from a “position of strength” as well as to “renew” democracy in the world and specifically protect against piracy of US inventions and intellectual property.

President Biden’s stance on China appears to be somewhat ambiguous. In his first foreign policy address in February, he accused Beijing of waging an “attack on human rights, intellectual property, and global governance” and said that America should stand in the way of “advancing authoritarianism, including the growing ambitions of China to rival the United States.”

In another of his speeches later the same month, he bizarrely suggested that the alleged human rights abuses in China – which the US likes to bring up and which include claims of “mass rape” of Uighur Muslim women – could be explained by differences in cultural “norms.”