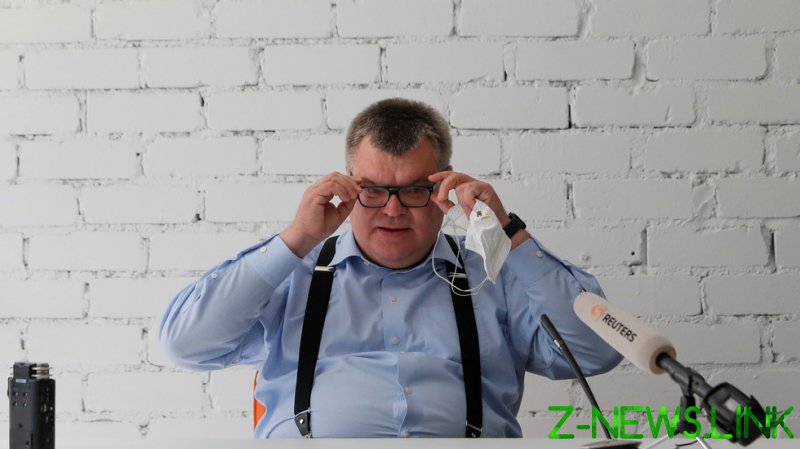 His supporters believe the charges, launched after he attempted to run against incumbent President Alexander Lukashenko in the 2020 contest, are politically motivated.

On Tuesday, state news agency BelTA reported that a court in Minsk had announced the verdict against the former chairman of Belgazprombank, a financial institution owned by Russian investors with links to the country’s Gazprom oil giant, and based in Belarus. “According to the scale of these crimes and the combination of punishments, Babariko will serve 14 years in a high-security prison colony,” judge Igor Lyubovitsky said.

Babariko will also be barred from holding positions “that involve the implementation of organizational and administrative duties for a period of five years,” the jurist added. The financier announced his intention to run in the presidential election last May. His candidacy was supported by a range of high-profile figures, including the Belarusian Nobel Laureate, author Svetlana Alexievich.

However, in June, authorities raided the offices of Belgazprombank and detained both Babariko and his son Eduard. A statement from Minsk’s domestic security agency, the KGB, claimed the finance chief had received funds from “an organized group on an especially large scale” when he was chairman of the institution. Five former deputy chairmen of the board were also indicted on the same charges and reportedly all pleaded guilty, but Babariko did not. He was subsequently prevented by the country’s election commission from standing for president later that month.

The opposition, as well as many international observers, say the vote was rigged in favor of long-time leader Alexander Lukashenko, who has ruled the Eastern European nation since the collapse of the Soviet Union. Hundreds of thousands of people took to the streets in the months that followed, demanding a rerun, with police firing tear gas to disperse crowds and carrying out a campaign of mass arrests.

Svetlana Tikhanovskaya, who stood against the incumbent and received backing from a number of Babariko’s supporters, insists she was the true winner of the election. She has since fled to Lithuania. Maria Kolesnikova, who served as Babariko’s chief of staff and was a prominent member of the team behind Tikhanovskaya, is now serving time in a Belarusian prison.

Lukashenko’s government made headlines around the world in May, when a Ryanair passenger jet flying from Greece to Lithuania was instructed to land in Minsk. Once it was on the tarmac, the authorities detained the former editor of a Telegram news channel banned in the country, Roman Protasevich, and his Russian girlfriend, Sofia Sapega. The incident drew global condemnation and sanctions from the EU, which described the move as “state-sponsored piracy.”