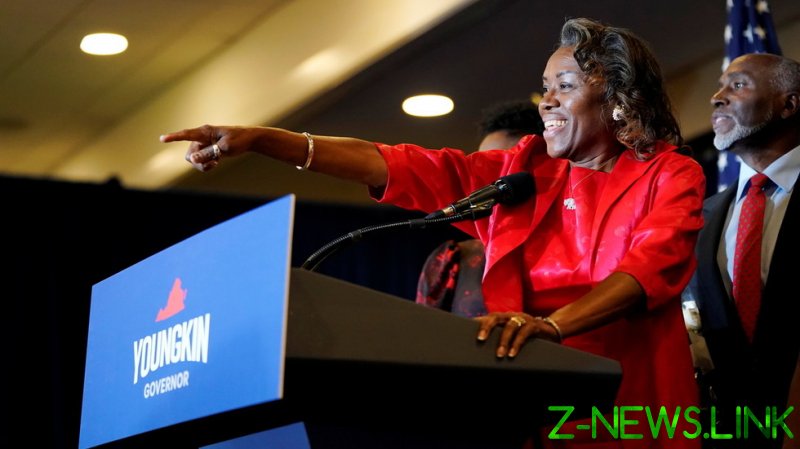 “When I was in the Marine Corp, I was still a Jamaican, but this country had done so much for me, I was willing – willing – to die for this country…”

That sure rattled the cages of some black Democrats, who didn’t like hearing that things are actually great for black people in the US… especially hearing it from a black woman.

It caused Joy Reid of MSNBC to warn the public:

“You have to be willing to vocalize that these Republicans are dangerous… At this point they’re dangerous. They’re dangerous to our national security, because provoking that kind of soft white nationalism eventually leads to the hardcore stuff.”

The truth that gets under the skin of these Democrats, causing them to treat Sears like an Uncle Tom (or an Auntie Tom in this case), is the realization proclaimed by Sears that blacks no longer need them in order to get somewhere in the US:

“We are framing too many issues in terms of race, and it just continues to divide us, and unfortunately politicians are using it as a tool… to advance… their nefarious purposes… I’m destroying all the narratives about race. Look at me. I’m a heartbeat away from the governorship… And how are you going to tell me, then, I’m a victim? And I didn’t do anything special to get here, except stay in school and study. I took advantage of the opportunities that are available in America. I wasn’t born here. This is not my culture. This is not my country, but America allowed me to come and do for myself and my family…. No one can say to me I don’t know what it is like to be poor. You’re looking at the American Dream. It’s not 1963… I’m not saying we’re perfect, but you can see those people on the border right now. They’re dying to get in because they know, if they can get a foot on American soil, the trajectory of their lives will change just as it did for my father.”

Sears is also a reminder that not all black people in the US descended from US slaves. Many have arrived on these shores from various places as immigrants, long after slavery was abolished by the US. For some, slavery is not a part of their story at all.

Race is the Dem’s divide-and-conquer issue

Sears’ “dangerous” views as someone not trapped in a slavish mindset caused Reid to call out the old guard in order to attack Sears some more, because she dared criticize the Democrats’ continuous exploitation of racial victimhood as a political wedge. The black Democrat response to Sears’ heresy is that she is simply a tool held up by white folk to legitimize white supremacy. They make their ‘Uncle Tom’ attack on her with apparently no awareness of the huge discredit they are doing to the accomplishments of a bright black woman. This they do just to maintain their stronghold of co-dependency on black voters:

“They want white supremacy by ventriloquist effect,” claimed Reid’s guest on MSNBC, the leftist professor Michael Eric Dyson. In other words, Sears is just an empty mouthpiece used by Republicans to cover for the supposed white supremacy of Republicans. She’s just a black mouth moving a white idea, apparently unable to think for herself. It’s amazing how readily they will degrade and destroy blacks who don’t go with their party line!

Dyson even referred to Sears as “black face.” I thought blackfacing was something the left doesn’t do. He also seems to have forgotten when he talks about the white supremacist “legacy” of the Republicans that it was white Democrats in the south who were the proponents of slavery, and white Republicans (Lincoln Whigs) in the north who were so adamantly opposed to it they gave up their lives fighting to bring it to an end. No wonder he calls his understanding of politics “Politics 101,” or the “pre-K of race.”

As one viewer, Kbb, responded:

Yes, to be part of the black “antiracist” club, you must keep your message on point with the club organizers.

Guardians of the Democratic dogma

Democrats cannot afford to have black people believe that most of America has moved beyond this kind of racism, and that people of color really do have great opportunities in America. They have built their brand of politics on keeping blacks dependent on them for salvation. Joy Reid nodded along to every word with a big smile, and MSNBC offered no counterpoint to the Democratic dogma being spewed.

Black liberals certainly exemplified all of those traits here, as these two excluded Sears from anything they would regard as legitimate black discourse, berating her as a naïve tool of whites. Their brand of codependency must be maintained at the cost of slandering other blacks just for having had a successful life in moving as easily as any white from rags to comparable riches and living to tell about it.

It’s sad that people will take something as deplorable as racism and use it as a tool to divide people of color and conquer them. No matter how far America has moved away from systemic racism or away from suppressing women, Democrats desperately need their constituents to keep believing the nation has hardly come any distance at all. They constantly seek to divide a nation to maintain a party.

Sears, however, is destroying their narrative.