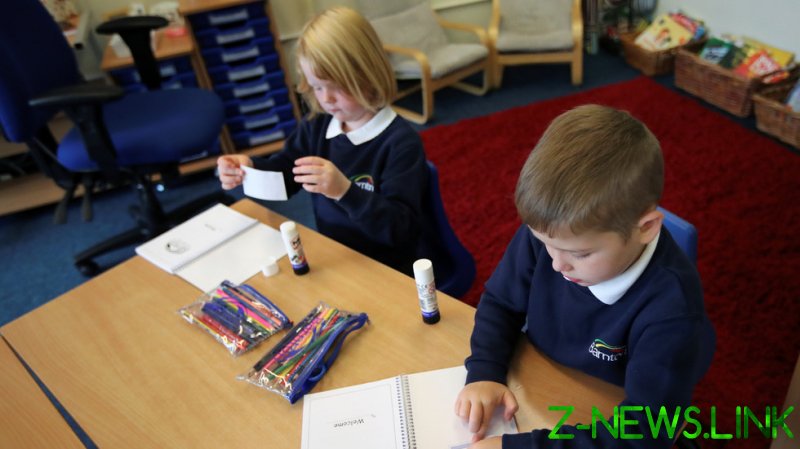 Efforts to raise educational standards tend to be aimed at minority students, dimming prospects for white children to catch up, according to reports sent to a parliamentary committee that is investigating issues faced by disadvantaged groups.

The struggles of poor white children tend to be neglected because they are seen as “unfashionable” and “not worthy” of helping, the UK Daily Mail quoted Oxford University Professor Peter Edwards as saying. Raising such concerns is “taboo” in academia, he said.

Researchers found that working-class whites are also set to be hit hardest by the fallout from the Covid-19 pandemic, and Exeter University Professor Lee Elliot Major said they face “permanent educational and economic scarring.”

White children whose families are poor enough for them to receive free school meals are underperforming their peers academically and have only a one-in-10 chance of attending university, according to the UK’s Center for Education and Youth. By comparison, in the same low-income group, three in 10 children of Black Caribbean ethnic backgrounds and five in 10 of Bangladeshi ethnicity make it to college. Nearly seven in 10 ethnic Chinese children who receive free school meals attend university.

Despite the plight of white students, government and private education programs target large cities with ethnically diverse populations and, in the case of some charities, require that beneficiaries be non-white.

Working-class white boys, in particular, are at the bottom of the heap when it comes to educational assistance, Edwards told the Daily Mail. Neglect of those children not only means their potential will go untapped, he said, but also will have a destabilizing effect on “the very fabric of the country.”