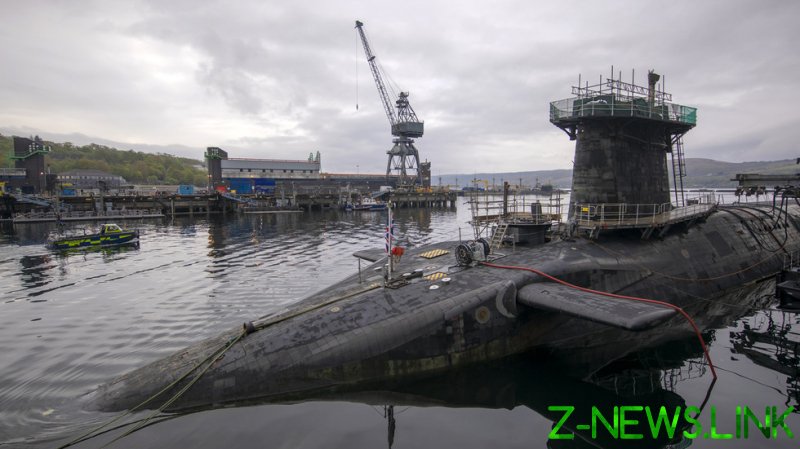 The latest embarrassing incident happened during HMS Vigilant’s stay at the US Navy’s Kings Bay base in Georgia, according to the Sun. Lt. Commander Len Louw came in for his shift just as the crew was preparing to unload Trident II missiles – the primary armament of the submarine. As the weapons engineering officer, Louw was supposed to be in charge of the nuclear weapons.

However, the officers he was taking over from noticed something was “seriously wrong” with Louw. The man was said to be clutching a bag of grilled chicken from a barbecue and appeared seriously drunk, it is understood.

“He was not in a fit state to be in charge of nuclear weapons,” a source told the newspaper.

Louw, who is in his 40s, was flown back to Faslane, Scotland, where the Royal Navy’s Vigilant-class submarine is based. An investigation into his behavior has been launched, the newspaper reported.

The Royal Navy didn’t dispute the report, but said there were “numerous safety checks and processes to protect the safety and use of weapons aboard all submarines.”

The HMS Vigilant crew is notoriously prone to getting into trouble. Just last week, the same newspaper claimed that a quarter of the sailors, 35 people in total, tested positive for Covid-19 after hanging out at Georgia’s bars, restaurants and strip clubs.

The sub won its frivolous nickname in 2017, after media reports highlighted a series of scandals involving its crew. Nine sailors were sacked by the Royal Navy after testing positive for cocaine, while another crew member was court-martialed for being absent without leave. Several officers, including the then-captain and his second-in-command, were understood to have been removed from their positions over allegations of having affairs with their female subordinates.