‘Too many blows to the head’: Sylvester Stallone joins Trump’s Mar-a-Lago, sending liberal fans into frenzy 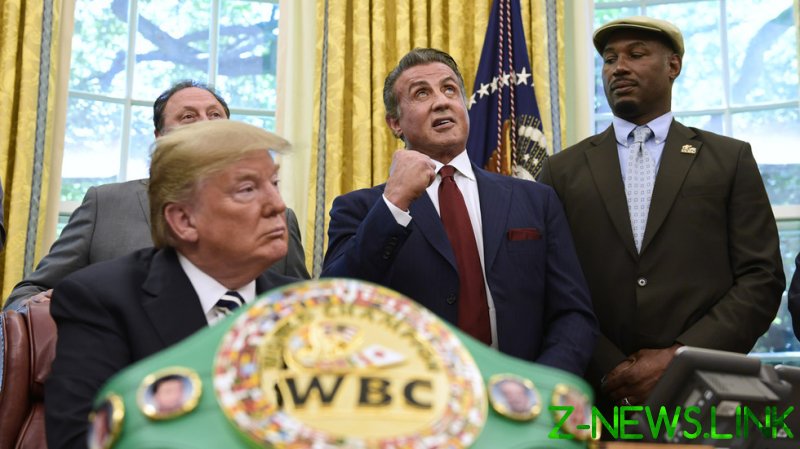 Stallone’s name trended on Twitter Monday after the actor’s new $200,000 membership to the private resort was revealed by Page Six, with some Trump critics threatening to boycott all of Stallone’s work, including the iconic ‘Rocky’ and ‘Rambo’ movies.

“I was such a “Rocky” fan for I, II, & III… Never will watch another one, nor any other Sly Stallone movie again,” tweeted one user, while another said Stallone was trying to “knock out” democracy, a “fight he won’t win.”

“Well, there goes another entertainer from my favorites list,” weighed in a supporter of President Joe Biden, while others called Stallone “a zero” and “a white supremacist,” and claimed the actor had experienced “too many blows to the head.”

Republicans and Trump supporters, however, praised Stallone for going against the Hollywood grain, calling him a “legend” and thanking him “for not caving into The Hollywood cancel culture!”

“I’m glad to see an incredible actor standing up with the Greatest President Ever,” one particularly enthusiastic user declared.

Stallone’s relationship with Trump has never been a secret. In 2018, the actor was photographed with the then-president in the White House Oval Office as Trump posthumously pardoned boxer Jack Johnson for transporting his white girlfriend over state lines in 1913. The pair were also photographed hanging out together as far back as 1997.

“I love Donald Trump,” said Stallone in 2016 when Trump was running for the presidency, calling him “a great Dickensian character” who is “bigger than life,” though in other interviews Stallone said he did not vote, would not call himself a Republican and didn’t want to be involved in politics. In 2019, he also called then-presidential candidate Joe Biden a “great guy.”

Stallone reportedly bought a $35 million house in Palm Beach earlier this year, placing him in close proximity to Trump’s Mar-a-Lago.