Home / WORLD / Too good to be true? Biden’s pick as new CIA chief signals that it may do less overthrowing of regimes and a bit more diplomacy

Too good to be true? Biden’s pick as new CIA chief signals that it may do less overthrowing of regimes and a bit more diplomacy 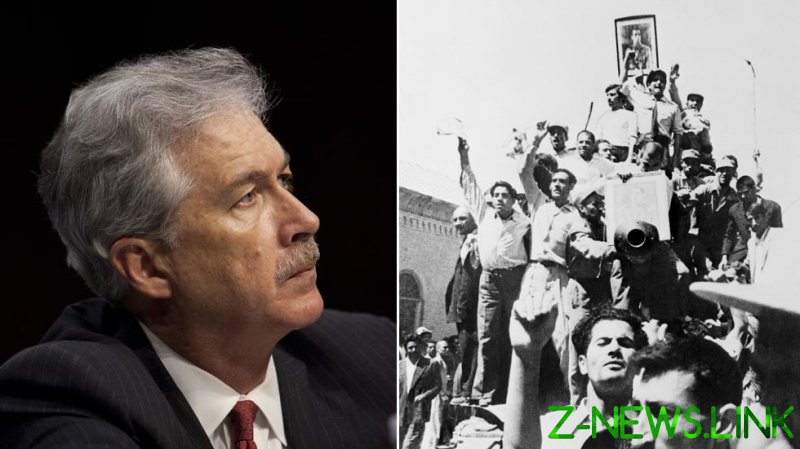 The new president’s selection of retired US ambassador William Burns as the next director of the Central Intelligence Agency (CIA) is a welcome development. The title of Burns’ 2019 memoir, ‘The Back Channel: A Memoir of American Diplomacy and the Case for Its Renewal’, pretty much defines the role the former diplomat-turned-spy-chief will be expected to perform as the head of the CIA. At its heart, the CIA is fundamentally a tool of American foreign policy.

Lost in the made-for-television drama of the post-9/11 hunt for Osama Bin Laden and the ongoing global war against terrorism is the fact that the CIA has, since its inception, been tasked with shaping global affairs so as to facilitate broader US foreign policy objectives which were unobtainable through normal diplomatic channels. The experiences of Kermit Roosevelt Jr. (who orchestrated the overthrow of Iran’s democratically elected prime minister, Mohammad Mossadegh, in 1953) and Edward Lansdale (who helped install South Vietnam strongman Ngo Dinh Diem as president in 1955) laid the foundation for decades of the CIA acting at the behest of the US president, viewing the world as its personal playground.

The CIA’s intervention in the sovereign affairs of other nations has, rightfully, been criticized. But the agency plays another role, providing US policy makers with the ability to engage with state and non-state actors in a manner which mirrors the diplomatic conduct of their State Department partners, but without the publicity and oversight that comes with such normal relations.

The CIA’s history of facilitating Israeli-Palestinian dialogue, and its role in backstopping the initial talks between the US and Iran over what became the nuclear deal, is underappreciated by most. William Burns, who was the State Department’s point man in these and other Foggy Bottom-Langley backchannel efforts, understands the CIA’s potential for decisive diplomatic engagement.

As the Biden administration seeks to untangle the web of foreign relations disasters that have accumulated in the wake of four years of anti-diplomacy under President Trump, the need for a back channel that can allow the US to engage with a world which has come to doubt the durability of American policy and commitments is greater than it has ever been. By selecting William Burns to run the CIA, Biden is signaling that the paramilitary focus of the CIA may largely be a thing of the past; going forward, the CIA’s priority will be less on killing, capturing or otherwise neutralizing terrorists, and more on helping to repair America’s damaged reputation with the rest of the world.

Nowhere will Burns’ skillset as a diplomat come in handier than with the difficult question of US-Russian relations. Burns has extensive experience with Russia, having served as minister-counselor for political affairs at the US embassy in Moscow and, between 2005 and 2008, as US ambassador there.

No friend of either Moscow or Russian President Vladimir Putin, the retired diplomat is on record as predicting that Washington’s relationship with Moscow will remain competitive and “often adversarial” for the foreseeable future, claiming that Putin is seeking greater influence in the world “at the expense of an American-led order.” Burns has accused the Russian president of seeking to “sow chaos” in the United States by “acting like [a] good judo expert, which he is,” by leveraging the “polarization and dysfunction” in the US political system.

Some believe this mindset makes Burns the ideal person to oversee an agency widely expected to be called upon to use its cyber capabilities to counter alleged Russian cyberattacks on the US and its allies. The fact is, however, that his lack of rose-colored glasses when it comes to assessing US-Russian relations is ideally suited for the kind of direct, pragmatic discussions needed to keep the two countries off the path of confrontation; this is how backchannel diplomacy works.

This does not mean that the CIA will completely cease carrying out the kind of covert operations that have become the hallmark of its existence – far from it. It does mean, however, that, with Burns at the helm, the CIA will be bringing back the tool of covert diplomacy at a time when the US and the world need it most.

With the incoming Biden administration facing a whole host of difficult foreign policy questions involving Russia, China, Syria, Venezuela, Iran and North Korea, one can expect that Burns and those whom he will be directing at the CIA will be doing more talking and fewer drone strikes in the months and years to come. It would make a welcome change.