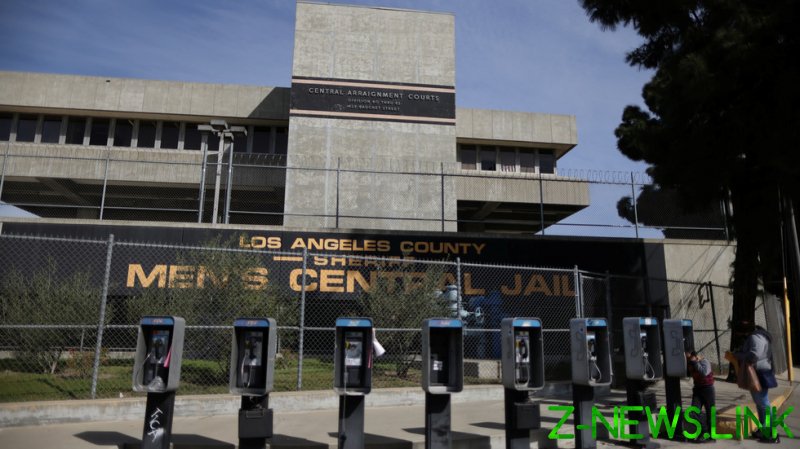 “We have a major under-incarceration problem in America. And it’s only getting worse,” Cotton tweeted on Tuesday, linking to a CNN report about a spike in crime in cities across the US.

The tweet has got ratioed, receiving more than 7,400 replies and 4,600 quote-tweets, to only 425 retweets and 1,600 likes as of Tuesday evening. The majority of replies were highly critical of Cotton’s take on the issue.

Libertarians rushed to condemn Cotton, with one asking if current Vice President Kamala Harris – a notorious former prosecutor – “hacked” his twitter, while another denounced the tweet as sick and evil.

“The last thing we need is more people in prison,” they argued.

The same exact argument was made by one socialist advocate, in the form of a graph…

… and a Georgetown University professor, in the form of a map.

The Twitter #Resistance took things up a notch, calling Cotton and all Republicans racists who should themselves be imprisoned for the US to truly prosper.

There was also the inevitable accusation of hypocrisy, with one activist bringing up Cotton’s 2014 campaign ad about “less government and more freedom” and arguing that isn’t compatible with jailing more people.

Lost in the howls of outrage was the story Cotton was basing his hot take on: a CNN report, citing a study by an association of police chiefs, showing that 63 out of 66 largest US police jurisdictions saw a spike in violent crime since 2020, including a 33% increase in homicides.

The increase in killings is “both historic and far-reaching,” CNN noted, blaming a litany of factors from as the pandemic and the lockdowns to police focus on the riots and even “the release of criminal defendants pretrial or before sentences were completed to reduce risk of Covid-19 spread in jails,” somewhere towards the end. The abolition of bail in several Democrat-run jurisdictions went unmentioned.

Cotton has long been considered a hard-liner. In June 2020, he published an op-ed in the New York Times urging the use of the National Guard to support police overwhelmed by nationwide riots that followed the death of George Floyd in Minnesota. The Times headlined it “Send In the Troops” – but issued a groveling apology after backlash and purged the editor who approved it.

While Democrats denounced Cotton’s op-ed at the time, the first thing the new administration did was to send in the troops – in the form of 25,000 National Guards – and establish a “green zone” in Washington, DC after dubbing the January 6 riot at the US Capitol an “insurrection” against the state.