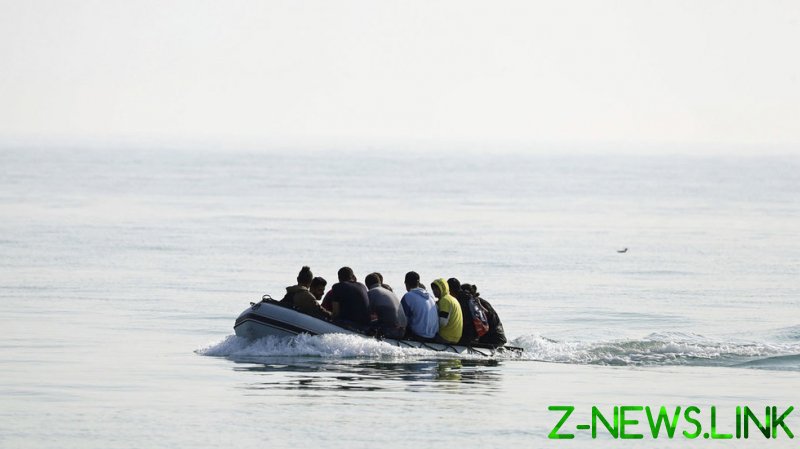 The majority of British people have little or no sympathy for migrants crossing the Channel from France, according to a recent poll, so it would only be fair to assume that most care even less about the pilots that drive the dinghies overladen with their cargo of humanity at its most desperate.

If these pilots, complicit with the evil gangsters who run this racket, are to be deterred, then they must feel the full force of the law – despite the current outcry. It is the only way to stop the boats and save lives.

So far this year, people smugglers have dumped more than 8,000 asylum seekers on the pebble beaches of southern England – more than four times the number that successfully navigated the busiest shipping lane in the world last year – and yet still they come. And still it seems the border forces we rely on to stop this one-way traffic are powerless to do anything much about it.

This year, eight people have lost their lives attempting the crossing, including an Iranian Kurdish couple and two of their children, who drowned when their boat sank. Since 1999, 300 people have perished, including 36 children.

Without question, that is 300 people too many. It is now up to the government, and in particular Home Secretary Priti Patel, to exercise whatever powers it has at hand to make sure that not a single additional life is lost. Take back control! Remember that?

While the criminal gangs that trade in human misery are notoriously difficult to locate, dismantle and prosecute, if our law enforcement officials are to show they are at least trying then they need to notch up a few wins wherever they can.

If that means prosecuting the asylum seekers put in charge of piloting the dangerously crowded rubber dinghies across the Channel at the behest of people smugglers, then so be it. Because to let them go scot-free would make the British border forces – already something of a joke for their inability to send back illegal immigrants to their place of departure – even more of a laughing stock.

We cannot simply turn a blind eye to those gang accomplices because they claim they were coerced into taking charge of the boat. The law is there. It must be enforced, or there is simply no point.

If there is the smallest chance that this might deter the criminal gangs responsible for this inhuman endeavour, make them think twice about seconding one of those paying for passage to the UK, then it has to be worth the effort. If it saves one innocent child from drowning in the cold waters of the Dover Strait, it must be done.

The British public is determined to take back control of its borders. It should not be bullied or guilt-tripped by left-leaning lawyers who pluck and probe at the fabric of immigration legislation looking for loopholes and weaknesses they can exploit, assisted by attention-seeking politicians like the Scottish National Party’s Stuart McDonald, who branded the home secretary’s attempt to instil some backbone into immigration laws by prosecuting dinghy pilots “morally repugnant.”

If this is a display of how well the Scottish Nats read the public mood, then Boris Johnson need not fear for the future of the Union if another independence referendum ever happens north of the border.

For not only do many Brits have no sympathy for asylum seekers crossing the Channel, but YouGov also found that half of those questioned feel the UK does not have a responsibility to help protect migrants arriving in England from France.

This hardening attitude was on show in yet another poll by the same organisation, which found 46 percent of people believed that, in comparison with other countries in the EU, the UK has “done more than our fair share to accommodate refugees.”

Although some charities, clever lawyers and self-serving politicians might not like the home secretary or the way she goes about her portfolio, she is doing exactly what has been asked of her, not just by the prime minister but by the British public.

We are sick of being a soft touch, of criminal gangs using our lax laws to line their pockets by duping asylum seekers into handing over thousands of pounds in exchange for a crack at the good life in the UK.

Bringing those who act as dinghy pilots before the courts, where a judge can rule on their complicity or coercion and determine appropriate punishment – and that could be up to 14 years in prison – sends a message to others looking to follow: don’t even think about it.

Do nothing, and we invite thousands more to attempt this dangerous crossing. And note: those lives lost in attempting to do so, and there will be lives lost, are on the do-gooders who would rather sit on their hands and allow this odious enterprise to continue unhindered by the law.

Let’s take the wins where we can. That way, we will be saving people, not watching them sink beneath the waves.