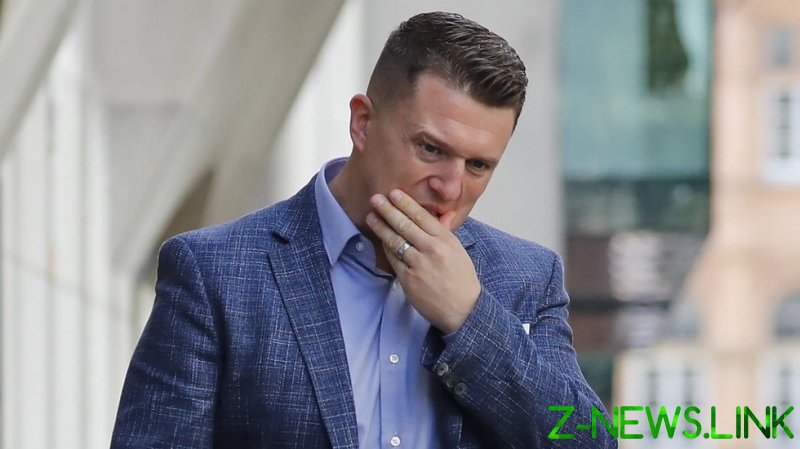 Hijazi was filmed being attacked in the playground at Almondbury Community School in Huddersfield in October 2018. In videos posted on his Facebook page after the attack, Robinson claimed Hijazi was “not innocent, and he violently attacks young English girls in his school”, that he “beat a girl black and blue” and “threatened to stab” a male classmate.

Robinson, who defended himself in court, argued that he had “uncovered dozens of accounts of aggressive, abusive and deceitful behaviour” by Hijazi, but Nicklin ruled that evidence provided by Robinson “fell woefully short”.

Accompanying the videos he posted of the playground attack, Nicklin said Robinson had used “language calculated to inflame” and was “directly responsible” for harming Hijazi. “The defendant is responsible for this harm, some of the scars of which – particularly the impact on the claimant’s education – are likely to last for many years, if not a lifetime,” he said.

After the judgment was handed down, Robinson said he was “gobsmacked” and would be unable to cover the cost of damages. “I’ve not got any money. I’m bankrupt. I’ve struggled hugely with my own issues these last 12 months,” he said.

Once one of the most recognisable faces on the English right, Robinson has been cast into obscurity in recent years. He was jailed for contempt of court in 2019, after he filmed defendants in a grooming trial and streamed it live on Facebook, and was arrested last year for holding a rally in breach of coronavirus restrictions. He’s been banned from most social media platforms, and, with no media presence, has seen financial support from the US right dry up.

As of last summer, Robinson was attempting to move his family out of the UK, after an alleged arson attack on his wife’s property.