Home / WORLD / Toddlers in UK nurseries need to be taught about ‘white privilege’ because equality is not anti-racist enough, woke report claims

Toddlers in UK nurseries need to be taught about ‘white privilege’ because equality is not anti-racist enough, woke report claims 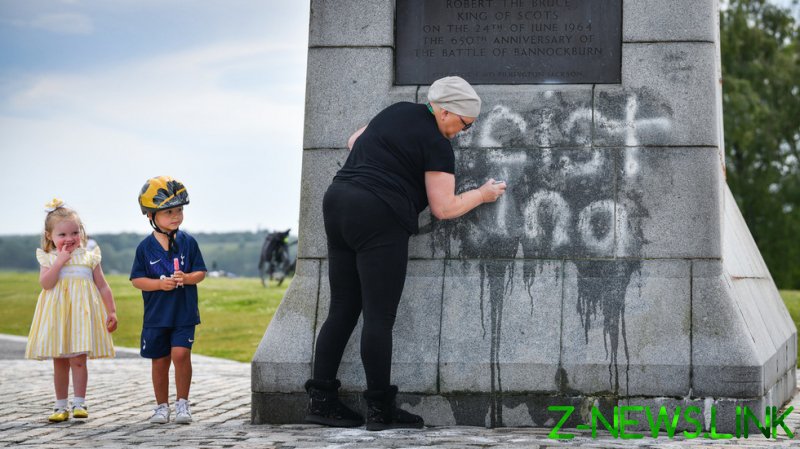 The release of the report by the Early Years Coalition tells us all we need to know about the radical leftist agenda that is currently attempting to seize the debate on race in the UK. The woefully woke work from the coalition, which represents 16 early years organisations across the UK covering tens of thousands of children, offered its own take on how to teach at nurseries in its ‘Birth to 5 Matters’ document, flagged as “guidance by the sector for the sector” – an important note, as none of this is the idea of the government; it’s just their unsolicited view.

As you would expect, any document emanating from the education sector these days has to prove its credentials by declaring adherence to current woke orthodoxy. And that means training nursery staff in controversial critical race theory so they can identify mini-racists among their nought-to-five-year-old charges and put them on the path to (self-)righteousness before it’s too late.

It seems, you see, that our kids are racist. The problem is they’re just too young to realise that, so we have to teach them that, although they are born racist, never fear – their nursery carers are there to show them the light before they’re potty-trained.

The authors of the report tell us, “It is a mistaken assumption that treating all people in the same way and ignoring differences in race is a sufficient response to racism.”

Hmm. Not so sure about that, no matter how many experts are in the appendix.

The report also mentions, “Practitioner training is an important step toward opening dialogue and developing understanding about white privilege, systemic racism, and how racism affects children and families in early years settings.”

The Barney-the-purple-dinosaur-sized presumptions here completely ignore recent history. Just last October, Equalities Minister Kemi Badenoch told Parliament, “We do not want to see teachers teaching their white pupils about white privilege and inherited racial guilt.” That goes for nursery staff as well. She went on to say that doing so, without bothering to teach opposing viewpoints, would be illegal. Of critical race theory, Ms Badenoch is not a fan.

And last week, you would have to have been ‘The Gruffalo’s’ snake hiding in his logpile house to not have witnessed the outpouring of fury that greeted the findings of Dr Tony Sewell’s Commission on Race and Ethnic Disparities report which rejected the existence of “institutional racism” in Britain, saying that the use of that term was sometimes wrongly applied as a “catch-all phrase for micro-aggressions or acts of racial abuse.”

For the identitarians of the left, this is head-exploding stuff. “But it does exist,” they cry, “and if you can’t see it, that’s because you are a racist!”

When you come from the ranks of woke liberalism, reality is not necessarily a requisite foundation for your beliefs. If anyone disagrees with you, don’t be deterred – press on full steam ahead with your own agenda. Just shout that much louder and troll the non-believers on social media.

So instead of encouraging sand play or teaching about the glory of snail slime, the Early Years Coalition is addressing the identitarian leanings of our toddlers.

The report suggests, “Encouraging dialogue and conversation about difference can evoke children’s strong sense of fairness and break down false assumptions about everyone being able to succeed on their merits, so that children recognise racist behaviours and develop antiracist views.”

It would seem this is a conversation to be held during quiet time with the white-only children, while their fellow nursery pupils can get along with fun things, like eating paint and making macaroni necklaces.

Therein lies a deeply divisive, presumptuous, and insulting suggestion that, away from nursery, parents are not to be trusted with raising children to be decent human beings. It’s the sort of crazed ideology affecting education, business, and government that seems completely at odds with what the official evidence – such as Dr Sewell’s report – suggests.

These are kids, for heaven’s sake. Let them be kids without trying to dictate how they see the world. This is not North Korea.

The ‘Birth to 5 Matters’ report is illustrated with a number of cute kid photographs, along with some of their – all white, incidentally – nursery workers and a display quote from ‘Avi, 4’ to the question, “What do you like about your early years setting?” The toddler’s reply is, “My friends. My friends playing with me. Best of all my friends joining in and having lunch with me and having a hug when it’s time to go home. My friends are most important to me.”

Lots of mentions of friends, no mention of their race. And isn’t that the whole point? Avi seems just fine to me.