Home / policy / “To write history “from above” need not”

“To write history “from above” need not” 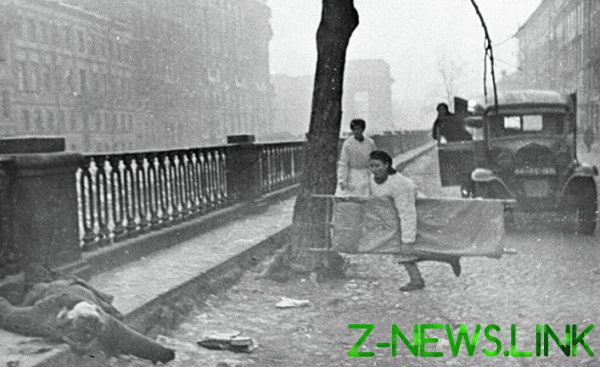 The opposition than was the siege of Leningrad — tragedy or heroism, completely artificial, I’m sure the historian Nikita Lomagin.

Why the fate of the inhabitants of besieged Leningrad were not the Foundation of our nationhood and why it is difficult to create a common language about the most difficult period in the history of the city, in an interview with “Rosbaltu” said the historian, Professor at the European University in Saint-Petersburg Nikita Lomagin.

— It’s been 76 years since the end of the siege of Leningrad, however, a certain common language on this tragic period to form still fails. Perhaps even the impression that every year the gap gets bigger. What, in your opinion, is it connected?

— I have to say — scientists this common language is. But in the media and the political field now, many argue about what the blockade was a tragedy or heroism. But this is an artificial juxtaposition.

Without a doubt, the blockade was the greatest tragedy. Two and a half million who are in town at the time it started, around a million civilians died. As this can be treated, if you know that a significant part of them is the elderly, women and children?

But for those concerned with the history of the siege, the heroism is also evident. They fought for their families, for survival in inhuman conditions. It was the everyday heroism of the mothers who saved their family. The soldiers defending the city are also starving. Without this sacrifice it was impossible to implement and the defense of the city.

— It turns out that a common denominator is not to share the tragedy and heroism?

— I think the only way possible.

— Why, in principle, in recent years, has formed such a contrast?

— The heroism is obvious the roots of patriotism, the positive uniting role of power. But when we talk about the tragedy raises the question of error, responsibility and perpetrators. And we love to talk about the government as some kind of sacred institution that never makes mistakes. Probably to a greater extent the problem.

Blockade is actually a theme that allows people, including the media, it is very easy to promote yourself. I don’t really like the modern term “hype”, but here it is appropriate. For example, some argue that since it was organized Way of life, and the blockade can not speak.

— And allegations that the leadership of the Leningrad fatten, while the population starved?

— Have you ever seen efficient power hungry? About excesses in any case out of the question — look at the materials of the Leningrad case. You will not find such accusations, although then certainly “dug” deeper than the modern representatives of the blogosphere. But to engage in a debate with the audience have no desire to.

Of course, serious mistakes were, but they were not local, but systemic. For example, Leningrad was the center of defense, but through the development of local industry. The city almost doubled in the period of industrialization and was actually supplied with wheels. What is the cause of the famine was bombed Badayev warehouses is a myth. Food there was enough for two and a half days, based on the then existing standards of consumption.

The blockade — a very long period when the government was seriously changed, and changing ideas about what it should do, changing people’s habits. So we’re talking about a lot of subjects.

Of course, the Leningrad — hero-city. Leningrad was one of the first awarded the title of hero-city. Along with Stalingrad, Sevastopol and Odessa. But the same Stalin in January 1942 I was called Leningrad a “hero city, a city-Martyr.” So it’s time to go beyond the easy narrative and false dichotomy.

— Nevertheless, the knowledge of an absolute majority will still be superficial, and it leads to a lot of speculation and myths. Which ones, in your opinion, the most dangerous?

— This is a complex issue. A lot of speculation. Recently, for example, there is talk that the city had to take. But they are related to ignorance of the plans of the enemy.

In late August, Hitler decided not to take Leningrad by storm, and had clear instructions on what to do if civilians will attempt to escape from the city — first to conduct defensive fire, and then defeat. No matter what it was about the elderly, women and children. Documentary evidence very much.

In addition to the ideology of Nazism here was purely pragmatic consideration — the German command decided that he simply does not have the resources to feed two and a half million people.

Another fascinating speculation is that Stalin did not like Leningrad. It is absolute nonsense that has nothing to do with the facts. The actions of the Soviet leadership to one of Stalin even reduced ridiculous.

The materials of the state Committee of defense without any payments. You can get acquainted with the texts of conversations between Stalin and the Leningrad leadership throughout the war. They suggest that to accuse Moscow that she forgot about Leningrad, ridiculous.

For example, when the Soviet Union agreed to supply grain from the U.S., 10% was destined for Leningrad. Just do not forget that the resources of the whole country, in principle, was not enough.

Stalin can be blamed for a lot. Because of growing industrialization of the major cities did not have large reserves, allowing it to hold out for long in a crisis or war. The repression of the command structure led to the fact that battalions and regiments were commanded by lieutenants, the List is long, but dislike Leningrad to him is not exactly true.

— January 27 — not only the day of full liberation of Leningrad from the blockade. On this date all over the world remember the victims of the Holocaust. In the heart of the Israeli Museum of the Holocaust (Yad Vashem) in the first place is the memory of each dead man. Why can’t I create a similar blockade Museum in St. Petersburg?

— Famous words of Olga Bergholz — “nobody is forgotten, nothing is forgotten”. Of course, it must be at the heart of our activities. We historians should not stop its work until the fate of all people. Not only those who worked in these years the enterprises.

Now initiative studies allow us to establish the fate of people who, for example, lived in one particular house. This can be done even at the level of non-professional historical knowledge, but such work requires a lot of time.

As for your question, for Israel, the Holocaust — the event that gave rise to the establishment of the state. So they are trying to establish the fate of every Jew, regardless of country during the Second world war. It is government policy, and it is clear that feeding on it. We are talking about the greatest tragedy of the Jewish people and about the origins of the modern Israeli state.

In Russia the situation is different and other tasks. We won. Russia has returned to the club of great powers. The fate of two and a half million Leningraders trapped in the blockade, is more about the fact that Russia is invincible, it’s about the unity of the front and rear, about the willingness to sacrifice for the sake of freedom. But, unfortunately, not the Foundation of statehood. But actually this is not the fate of individual people.

But still, the blockade stands out in the history of the city…

— Without a doubt. And let’s still note that much is being done. To go into a solid film too unfair. Look how good you are now creating panoramas, which give impetus to the development of the Museum of defense and blockade. Many people know of them. But we need to do much more.

Probably, the city has other priorities from the point of view of budget expenditures. Maybe it would be a private initiative. In principle, the St. Petersburg society Mature enough and individuals could help to solve some tasks. You know, to write history “from above” is not necessary.

— The blockade became part of the identity of Petersburgers?

— In Petersburg many visitors. For them, the blockade — the experience of others. When there was a dispute that we needed a Museum of the siege, conducted a rapid survey. About 80% of respondents on the streets said that they did not see it as necessary.

— Sometimes you have the impression that despite increased attention to information from the state, for many young people who have not found their relatives, who lived in the time period of 1941-1945 and the blockade — the same distant page of history, as, for example, the revolution of 1917 or the Patriotic war of 1812…

— This indicates first and foremost that the blockade is necessary to speak. The school should be given some fundamental things. In particular, the need to explain that if history had gone some other way, we would simply not exist. The siege of Leningrad, Stalingrad and a number of other key battles of the great Patriotic war are fundamental things that everyone should know.

If we’re talking about Leningrad families, family archives. After all, people sometimes look at the albums.

But again: in St. Petersburg, lives a huge number of people that his stories are irrelevant. There is nothing surprising: by the end of the war in the city there are about half a million people. And many have not returned, the population is updated much.

— Probably, in connection with this question of the Museum is particularly acute…

— Without a doubt, the Museum is necessary. It needs to be about heroism, and about the difficulties and hardships because the first without the second is simply not the case. The Museum needs modern ways to talk about difficult things.

It is impossible when talking with those who use the gadgets to use the old tools that were understandable to people of my generation. This different languages, and a new approach need to learn, to satisfy curiosity, to answer difficult questions — sometimes quite politically incorrect.

Museum, I think moving in this direction. Is will higher, and the Ministry of defence promised to vacate the premises on the Salt by 2024. I think that through new technologies, Museum workers and employing historians to create a modern Museum and exhibition complex is possible.