Home / Society / To save Russia, it is necessary to revive the nobility

To save Russia, it is necessary to revive the nobility 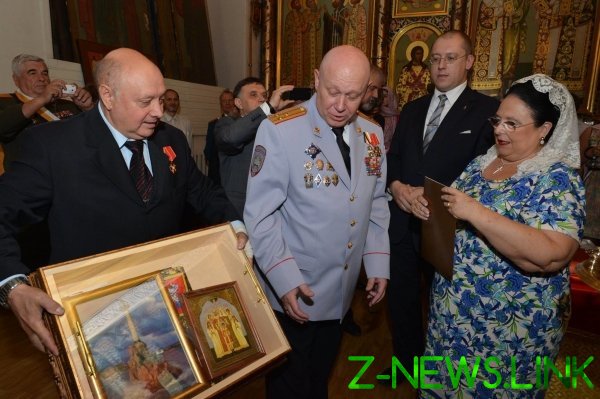 To revive the nobility and transfer to them part of power offered to the leaders of the Cossack movement.

Their position, they argue that the only way to stop corruption in the ranks of officials.

It was the nobility should to be the elite of Russia, and officials of any level, only a class of employees.

Now there is a paradoxical situation. officials rallied to a separate caste. almost any who are not accountable.

According to all-Russian Cossack Elders, Peter Skoybedy, the nobles should get a lifetime government annuity, the nobility should be hereditary. This will allow them to care only about the fact that the country prospered, to devote his time to the development of society, science, art.

Nobles is a kind of Plenipotentiary representatives of the President of Russia, where they live, even in the smallest village.

The nobles will not substitute for law enforcement and the Executive, but will have the power at any time to interfere in their work, to dismiss the negligent officials, if necessary to prosecute.

See also:  USA and Russia will discuss the problems of Ukraine, Syria and the DPRK in Vienna

Cossacks for centuries proved its loyalty to Russia. among them were many nobles and many Cossacks remember their ancestry for many generations, and can prove his noble privilege of archival documents.

In the end, not only clan Mikhalkov to waste as a gentleman!- Petro Skoybeda.

The code of laws of the Russian Empire determined the nobility as belonging to that “is a consequence flowing from the quality and goodness of the princes in ancient times men distinguished themselves merit than paying the service credit acquired to posterity his noble narezanie. Noble are understood all those koi from noble ancestors were born, or monarchs SIM dignity granted”.

By the beginning of XX century, hereditary nobility, which was officially perceived as “the first pillar of the throne” and “one of the most reliable guns of the government”was in 1897 the share of the hereditary nobility among the officers is 52 %, among civil servants 31 %. 1914, in the villages lived from 20 to 40% of the nobility.

After the October revolution, the nobles in the Russian Federation was liquidated by the Central Executive Committee decree of 10 November 1917.

See also:  The letter sight the inhabitant of the Crimea stirred the Network

At the moment the custodian of the noble Regent of the press and the nobility of archival diplomas is Cossack General to the Ataman Valery Kamshilov. At the disposal of the Cossacks there are documents which will allow to find the descendants, it records the birth of the nobility acquired a special patent obtained from the monarch after 1685 in part I

the birth of nobility acquired in the civil service after 1722 or by order — in part III.

From the point of view of sociology, the nobility constituted the reference group, to which belong by right of origin or as a participant was an honor and prestigious and gives the rent on a comfortable existence.

Cossacks intend to propose appropriate amendments to the Constitution.