Home / WORLD / To race-baiting politicians and the hacks at National Geographic, fireworks and the sun itself are racist on Independence Day

To race-baiting politicians and the hacks at National Geographic, fireworks and the sun itself are racist on Independence Day 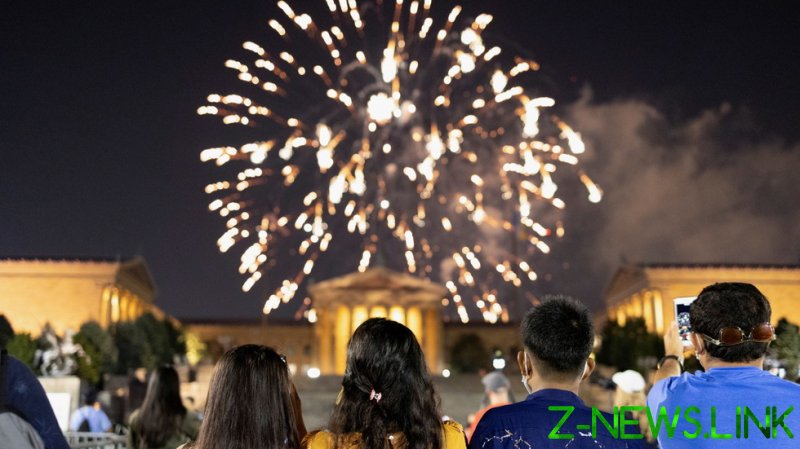 To anyone watching the US tear itself apart lately over real and imaginary racism, it likely came as no surprise that Democrats and their allies in the media chose the Fourth of July to launch a fresh broadside against the country’s history and traditions. From elected representatives claiming that Independence Day is only about “freedom for white people,” to state-funded media hammering the “flaws” and “hypocrisies” of the Founding Fathers, the anti-American establishment were on top form this year.

But such arguments are old hat, akin to flipping the bird at Mount Rushmore and kvetching about “stolen land.” In an age where the demand for racism outstrips the supply, the media must turn its attention to ever-more esoteric sources of bigotry, like…fireworks.

National Geographic ran a story on Friday claiming that the smoke from fireworks – which contains toxic metals – disproportionately harms “vulnerable people and communities of color.” In short, the article summarized a UC Irvine study that took data from hundreds of air quality monitors in California homes during July 2019 and 2020, and discovered that this harmful smoke was more likely to be found in areas with a higher proportion of black and hispanic residents.

It’s not that the Ku Klux Klan were holding toxic fireworks displays in these communities. Rather, the researchers noted that these communities “tend to have less strict firework-related regulations and a greater use of illegal fireworks.”

In true liberal savior mode, the scientists suggested that local authorities impose stricter penalties on illegal fireworks, and replace municipal fireworks displays with “drone light shows,” all apparently to save the poor communities of color from their own fondness for firecrackers.

Leaving aside this frankly patronizing conclusion, at least government intervention could clamp down on illegal fireworks. Several days earlier, Massachusetts Senator Ed Markey – a progressive Democrat and proponent of ‘Green New Deal’ legislation – identified an even more potent source of racism: the sun.

“Extreme heat is a justice issue,” he tweeted last Tuesday, as temperatures soared across the US and Canada. “Within the same city, some neighborhoods can be up to 20°F hotter than others. Studies have shown that heat risk is disproportionately distributed to communities of color in patterns associated with segregation and redlining.”

Does the sun discriminate against black people? Markey did not elaborate, but National Geographic made the same claims last year, tying the relative lack of tree cover in nonwhite neighborhoods to the higher temperatures there. Some residents National Geographic spoke to bought air conditioners, albeit after fretting over their environmental impact, and the solution that made life in their baking-hot neighborhoods more bearable. However, in a twist of irony, Markey has sponsored legislation to outlaw certain coolants used in these devices.

Fireworks pollution is a matter for local authorities to resolve, and air conditioning can help people beat the heat. But nothing grabs headlines like racial issues, and the likes of National Geographic and Markey know that one magic phrase lets them focus debate on skin color above all else.

That phrase is: “disproportionately affects communities of color.” Using it at once makes any issue a racial one, no matter how tangentially it’s actually linked to race. We saw this phrase deployed throughout the Covid-19 pandemic, and used to draw laughable conclusions, as was the case when a Harvard study concluded that “structural racism, violently-seized privilege, and continuous trauma from racial terror and dehumanization” render people of color especially susceptible to coronavirus infection.

The phrase often sidelines legitimate problems in these communities, for example the higher prevalence of obesity that places black Americans at a higher risk of hospitalization and death from Covid-19. However, focusing on that would get in the way of the Harvard researchers’ real reason for the study: to call for tens of trillions of dollars in reparations for slavery.

And calling for more government intervention is usually the aim of the magicians who use this phrase. Just like National Geographic suggested new laws as a means of limiting the smoke pollution from fireworks, Markey proposed an “Environmental Justice Mapping and Data Collection Act” to mobilize no fewer than 34 government agencies to study environmental disparities through a racial lens across the entire United States. Members of various “environmental justice communities” and “environmental justice advocates” would also get a cut of the action, at a total cost to the taxpayer of $94 million.

Whether Markey gets his payday or not, the fireworks furor has now passed, and the heatwave hysteria will follow as summer recedes. However, progressives have already found a new “disproportionate” problem to latch onto. Democratic Reps. Alexandria Ocasio-Cortez and Jamie Raskin wrote a letter to the US and World Anti Doping Associations last week, calling on the sporting regulators to overturn the suspension of Olympic hopeful sprinter Sha’Carri Richardson for cannabis use.

In their letter, Ocasio-Cortez and Raskin argued that the agencies’ ban on cannabis “reflects anti-drug laws and policies that have historically targeted Black and Brown communities while largely condoning drug use in white communities.”

The grift is never-ending.