Home / policy / To please Zelensky plans to hold a referendum

To please Zelensky plans to hold a referendum 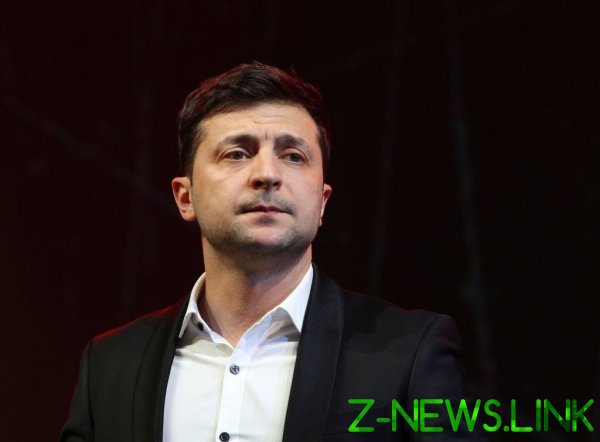 Yesterday the newly elected President of Ukraine Vladimir Zelensky said that he intends to bring the country to a referendum. Theme vote – negotiations with Russia.

It responded to his statement, the Chairman of the Federation Council Commission on information policy Alexei Pushkov. He stressed that for negotiations it is necessary to enlist the support not only of the Ukrainian people, but also of the Kremlin. If Moscow does not consent, the meeting leaders will take place despite the will of the people.

According to Pushkov, thus the head of Ukraine wants to spread a straw and prepare arguments to explain their actions to the radicals. If the people vote for it – Zelensky will be holding all the cards to establish contacts with Russia. May be, the President really intends to keep his promise about a peaceful resolution of the conflict in the Donbas, which he gave during the inauguration.

Pushkov is sure that if Zelensky “voluntarily” decided to organize negotiations with Moscow, the radicals, including ex-President Poroshenko clearly would not approve of such an act. Zelensky, that is, wants to please and our, and your.

With regard to the conflict in the Donbass, Zelensky has repeatedly changed its position on this issue. During the election campaign, the head of Ukraine insisted on ending the war. After the election of President – said that the war will continue, come what may, and in this issue he will stick to the course set by the predecessor Poroshenko. During the inauguration Zelensky again “pereobulsya” and stated the need to end the war.

See also:  Ukrzaliznytsia plans to increase the speed of trains

Whether Zelensky necessary contact with Moscow is not yet clear. Besides, the Kremlin had no immediate comment on the request of the President of Ukraine to hold a meeting.