Home / WORLD / To Pav and to hold: Ex-Russia star admits desperation for settlement from model wife, claims he gave her $135k to leave him alone

To Pav and to hold: Ex-Russia star admits desperation for settlement from model wife, claims he gave her $135k to leave him alone 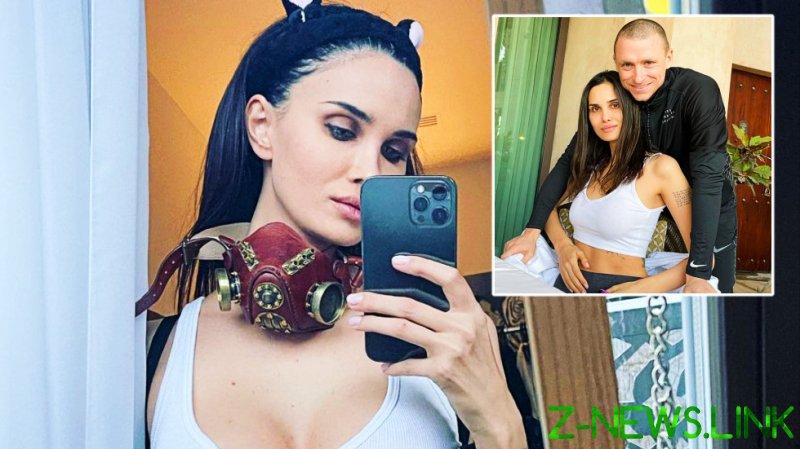 Alana Mamaeva, the glamorous partner of former international Mamaev, declared in March that the pair were splitting “peacefully and without scandals” as their eight-year marriage seemed set to draw to a close.

The announcement came after the mother of Mamaev’s two children claimed that he had cheated on her with a Spanish mistress. Mamaeva reportedly took 40 sleeping tablets in a Moscow hotel room while professing a desire to die.

The social media sensation later said the incident was a joke that audiences had failed to understand, yet her more serious intention to part ways with Mamaev is yet to be fully realized in a curious and apparently complicated case.

“We divorced in April,” Mamaev told Match TV via translation, alleging that he had been stunned when Mamaeva sent him a link to buy her 70,000 rubles (around $947) of face cream while he was attempting to deal with the death of his father in the company of his relatives.

“During all this time, I have never regretted this decision,” he said of the split. “When we divorced, it was decided that the person would not contact me in any way… then a tragic moment happened in my life.

“My father passed away, and from that moment everything seemed to turn in the opposite direction. Initially, [Mamaeva] came to the funeral, allegedly with sincere support – [which was] imaginary, as it turned out later.

“We got together as relatives, went to the cemetery; the children came from Rostov to Moscow. And in the circle of all my relatives, I receive a message with a link to the payment for creams for 70 thousand rubles with the text: ‘I have run out of creams, pay me for them.’ Imagine what state I was in.”

When he told her that he was not willing to pay and advised Mamaeva to live within her means, Mamaev says that his ex-partner asked him how she could live.

That led, he says, to him transfering 10 million rubles (around $135,000) to Mamaeva under certain conditions, including keeping her distance from him.

At one point, Mamaev claims Mamaeva threatened to call the police, causing him to decide to have no dealings with her, although he pledged to pay alimony as adjudged by the courts, calling it “my direct responsibility.”

“I really want to sign a settlement agreement with her,” he said, when asked why the divorce finalization has taken so long.

“Not because I am afraid or afraid of something. I just want this person to no longer be present in my life.”

In another fall-out from the episode, hugely-followed journalist Nobel Arustamyan, who conducted the interview for the Russian sports channel, has resigned after six years as a result of the broadcast, which he described as “contrary to my professional and ethical values.”

Writing to his Instagram following of more than 120,000 on Wednesday, the commentator said: “It’s important for me to stay honest with the audience and myself. Recently, this issue has become especially acute.

“I received an editorial assignment: as I was told, Pavel wanted to give an interview specifically and only to me.

“I went to Rostov for an honest conversation with a football player. And he turned out to be an accomplice to a PR performance… I do not blame those who do this, but I was terribly uncomfortable.

“I do not delve into people’s personal lives. I have never done this and I will not.

“Yes, I should have given up filming in advance and foreseen such a scenario of the conversation. Or [I should have] interrupted the interview during the process, when I heard everything I heard.

“Or [I should have] disappear[ed] from the frame altogether so that this interview is not associated with me. This is my mistake, I admit it.

“I am sure we will maintain communication outside the channel. I will stay with Match TV, even if now only as a spectator of football broadcasts.”

One of the questions Arustamyan posed to Mamaev concerned why footballers seem especially prone to issues in their personal lives.

“Errors of youth,” replied the Russian Premier League star, who was jailed for more than four months for intended infliction of minor harm to a health official in 2019.

“We start to make money and live on our own early. We have families much faster than ordinary people.

“But by that time we have not gained experience – we are taking some steps that do not need to be taken.”