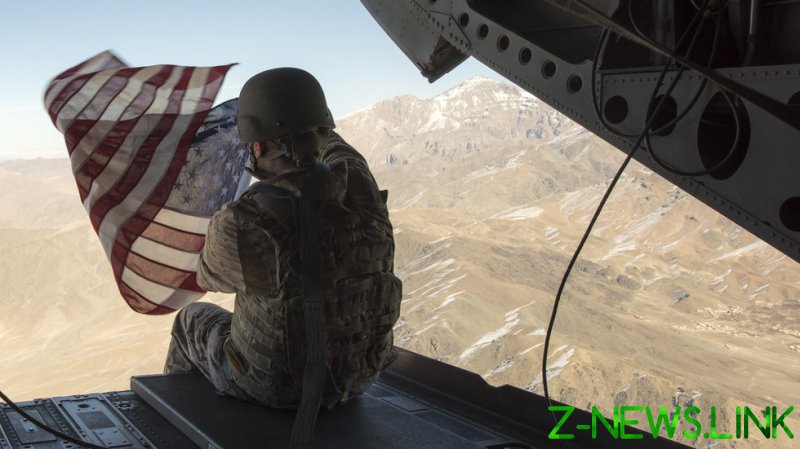 “We cannot continue the cycle of extending or expanding our military presence in Afghanistan, hoping to create the ideal conditions for our withdrawal, expecting a different result,” Biden said on Wednesday afternoon. “I am now the fourth US president to preside over an American troop presence in Afghanistan. Two Republicans. Two Democrats. I will not pass this responsibility on to a fifth.”

Biden said the “final withdrawal” will begin on May 1 – the deadline by which the US was supposed to complete the pullout under the terms of the 2020 Doha agreement between Washington and the Taliban – and end by September 11, at the latest.

Both the date of the withdrawal and the venue of the announcement were calculated to be symbolic. Biden spoke from the Treaty Room of the White House, the same place where President George W. Bush announced the invasion of Afghanistan in 2001, following the September 11 terrorist attacks blamed on Al-Qaeda.

After the speech, Biden is scheduled to visit Arlington National Cemetery and pay his respects to soldiers who died in that war.

The announcement was previewed on Tuesday by a senior administration official, so it doesn’t come as a surprise. NATO members have already started drawing up plans for leaving as well, as they are dependent on US infrastructure and bases and could not stay in Afghanistan by themselves.

The decision was quickly slammed by neoconservatives – who had backed Biden’s 2020 candidacy – as well as by some Republicans, who joined Democrats last year in blocking President Donald Trump’s attempt to pull the troops out of Afghanistan long before the May deadline.

Apparently attempting to address their concerns, Biden said the US will “keep providing assistance to the Afghan National Defense and Security Forces,” who “continue to fight valiantly on behalf of their country and defend the Afghan people, at great cost,” and support “peace talks between the government of Afghanistan and the Taliban, facilitated by the UN.”

The Taliban said on Tuesday they will not attend any negotiations so long as foreign troops remain on Afghanistan’s soil.

Biden argued that the objective of the war – to root out Al-Qaeda and prevent further terrorist attacks against the US – was accomplished by 2011, when Osama Bin Laden was tracked down and killed in Pakistan. Today, he said, there were US troops there who weren’t even born in 2001.

According to Biden, his trip to Afghanistan as Barack Obama’s vice-president convinced him that the US “could not create or sustain a durable Afghan government” by force. Some 300,000 current members of the Afghan security forces are funded entirely by Washington.