Home / WORLD / Time of death? Whenever you decide! Futurist pitches cryopreservation to RT – mostly for people with a ‘sense of adventure’

Time of death? Whenever you decide! Futurist pitches cryopreservation to RT – mostly for people with a ‘sense of adventure’ 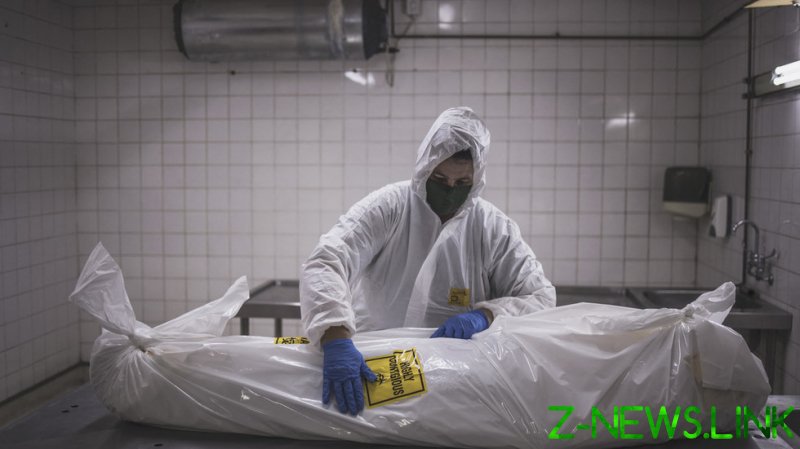 Moore, president emeritus of Alcor Life Extension Foundation, a leading organization in cryonics, told SophieCo host Sophie Shevardnadze that the definition of ‘dead’ has changed as scientific and medical advancements progress. As an example, he noted that there are numerous ways to resuscitate people suffering from heart failure that didn’t exist 70 years ago. Moore said that Alcor exists to preserve bodies in hope that future technology can revive those who may otherwise be deemed gone forever.

“[W]hat we say is turn them over to us, we’re going to protect the cells against cold, we’re going to remove the blood, replace it with essentially a medical-grade antifreeze,” he said. The organization then stores the bodies at “about minus 320 degrees Fahrenheit, minus 196 degrees Celsius,” preserving them for “decades.”

Alcor, based in Scottsdale, Arizona, has been freezing bodies for nearly 50 years, boasting 181 ‘patients’ in total.

According to Moore, major scientific breakthroughs are needed before any of Alcor’s clients can be revived. For example, he said that it would take a “long time” to solve issues surrounding ageing, and that there would be no point in bringing someone ‘back’ as a 90-year-old “just to have your body give out again.” He acknowledged, however, that there may never be a way to reverse such natural phenomena.

We are not guaranteeing this will definitely work, which is better than the alternative, we think.

He recognized that some may find the idea of being revived in the distant future unsettling and perhaps even worse than death, since they wouldn’t know anyone and everything could potentially be foreign to them.

Moore said Alcor was researching how it could help revived individuals readjust to their new lives, saying “rehabilitation” would be a core mission for the organization going forward.

He argued that, unlike many religions, cryonics does not promise life after death, but does open the door to the possibility that one day you could wake up, albeit in a very different world.

Speaking personally, Moore said that he was hoping that scientific advancements would allow him to indefinitely extend his life, but that progress on this frontier has been slow, which likely meant that he would need to undergo the procedure himself when the time comes.