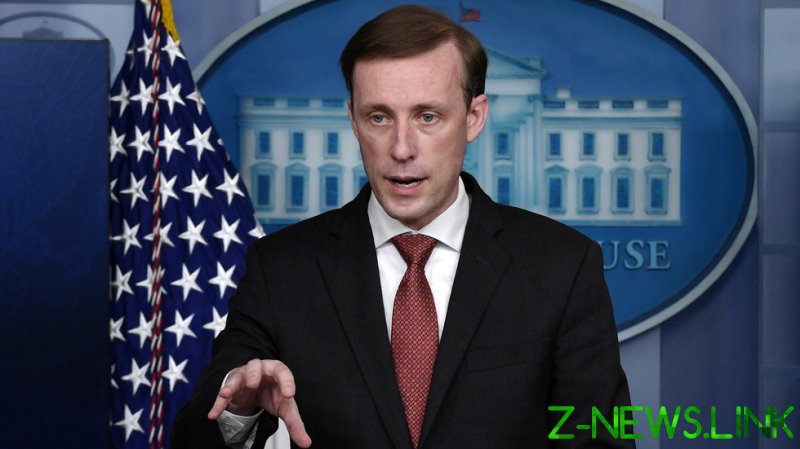 It is not yet time for Ukraine to negotiate with Russia, US National Security Advisor Jake Sullivan argued in an interview on Friday. His comment came after Henry Kissinger – who held the same post in the early 1970s – said talks should happen sooner rather than later.

“We don’t know where this is going to end up,” Sullivan said of the conflict, speaking at the Carnegie Endowment think tank in Washington. “What we do know is that it’s our job to continue to sustain our military support to Ukraine, so they are in the best possible position on the battlefield, so that if and when the diplomacy is ripe, they will be in the best possible position at the negotiating table.”

“That moment is not right now,” he added.

According to Sullivan, Ukraine has won a series of battles, “repelled the Russian invaders from most of the country,” and is now “fighting to reclaim the remaining land.”

He called it “a remarkable thing” and said the Biden administration is asking Congress for “a substantial amount of further resources” to ensure “Ukraine has the means to fight this war.”

Meanwhile, Americans training Ukrainian troops on the ground have spoken of mounting casualties and Ukraine’s chief of general staff, Valery Zaluzhny, is asking for more tanks, armored vehicles and artillery than most NATO members have in their arsenal, much less to spare.

The US and its allies have supplied Ukraine with tube and rocket artillery, air defense systems, small arms, vehicles and ammunition, allowing Kiev to fight long after its domestic capabilities had been degraded. Russia has condemned the shipments as needlessly prolonging the conflict and increasing casualties, repeatedly warning the West that it risks becoming an open party to the conflict.

Earlier in the day, Sullivan applauded Japan’s new national security strategy, which will see Tokyo embark on massive military expansion citing the “strategic challenge posed by China.” The Japanese constitution – drafted mainly by the US occupation authorities after the Second World War – had renounced war and limited the country to a “self-defense” force.

There was no indication that 46-year-old Sullivan was aware of his predecessor’s essay in The Spectator, in which the 99-year-old Kissinger called for an armistice in Ukraine before the conflict spins out of control. He pointed to the missed US opportunity to negotiate an end to the First World War in 1916, which led to millions more deaths and a far less stable post-war world that eventually collapsed into another global conflict.