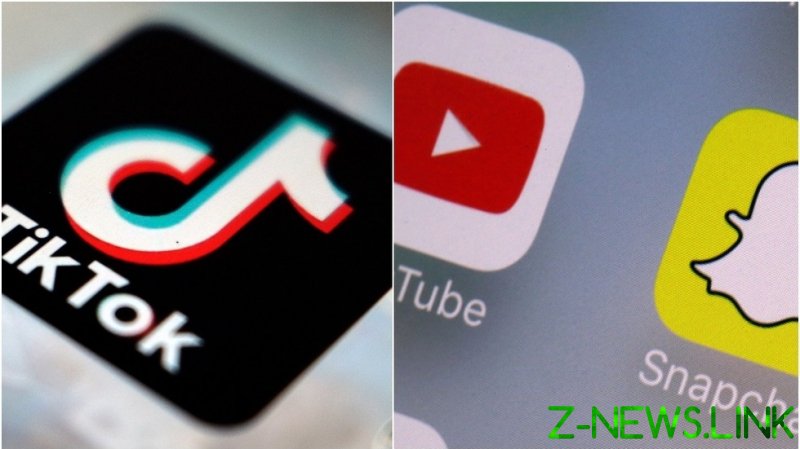 Representatives of TikTok, YouTube and Snap, the developer of Snapchat, appeared before the Senate consumer protection subcommittee on Tuesday. They were summoned as Facebook faces intense scrutiny and renewed backlash following a whistleblower complaint.

Former product manager Frances Haugen alleged earlier this month that Mark Zuckerberg’s company has been prioritizing money over the safety and wellbeing of its users, particularly children and younger people. She called for more regulation of Facebook and its subsidiary, Instagram.

The social network’s internal communications, leaked to US media, revealed that employees voiced concerns over Facebook’s response to events such as the 2020 racial justice protests and riots across the country, as well as the storming of the US Capitol by former president Donald Trump supporters in January 2021.

Appearing before the Senate, Snap’s Vice President of Global Public Policy Jennifer Stout said the company’s instant messaging app was designed as “an antidote to social media,” and Snap continues to take steps to “empower” its users.

“We didn’t need to reinvent the wheel to do that. Our team was able to learn from history when confronting the challenges posed by new technology,” Stout said in her statement.

Michael Beckerman, TikTok’s vice president, said the platform gives its users tools to shield themselves from negative effects, including options to restrict who can send them direct messages and filter out comments containing keywords they select.

YouTube Vice President Leslie Miller raised a similar point, arguing that the video hosting service’s responsibility around minors was its “number one priority.”

Senators did not seem reassured by the tech giants’ statements. “Your defense is, ‘We’re not Facebook,’” said Richard Blumenthal, the chair of the subcommittee.

Being different from Facebook is not a defense, that bar is in the gutter. Everything you do is to add users, especially kids, and keep them on your apps.

After the hearing, Blumenthal tweeted that TikTok, Snapchat and YouTube “drive kids down algorithmic rabbit holes that lead to dangerous places, prey upon their insecurities and encourage more destructive hate, eating disorders and bullying.” He wrote that stronger rules are needed to protect children online.

US social media companies have been under fire from politicians and activists in recent years, facing accusations of failing to address foreign election meddling and the spread of extremist views and disinformation, particularly on the issue of the Covid-19 pandemic.

Zuckerberg rejected claims made by Haugen, arguing that his company is determined to protect its users.

“Good-faith criticism helps us get better. But my view is that what we’re seeing is a coordinated effort to selectively use leaked documents to paint a false picture of our company,” Facebook’s CEO wrote on Tuesday.