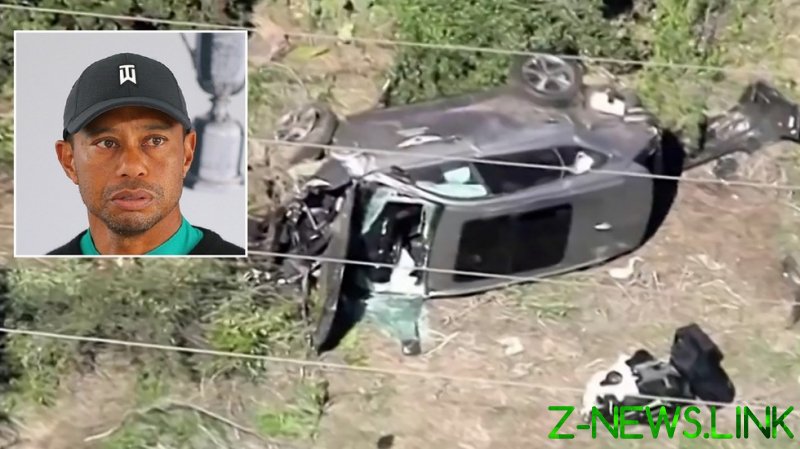 Officials from the LA County Sheriff’s Department stated on Wednesday that Woods had been traveling between 84 and 87mph (135kph-140kph) in a 45mph zone and crashed into a tree while moving at 75mph.

Woods waived his right of privacy and allowed the release of the details of the crash, information on which came at a news conference.

Los Angeles County police said that the “causal factor was driving at a speed unsafe for the road conditions and an inability to control the curve [of the road],” but ruled out the idea that Woods had been distracted by using his telephone.

They also reiterated that there was no evidence of intoxication or impairment at the time of the crash, and Woods will not face any charges.

Woods himself is said to have no recollection of the crash, in which he suffered severe leg injuries. He continues his recuperation in Florida after additional operations.

Woods was driving a Genesis SUV – loaned to him by organizers at the Genesis Invitational at Riviera Country Club – when he struck a raised median just outside California’s largest city in Rolling Hills Estates.

The vehicle crossed over two oncoming lanes, while also uprooting a tree downhill on a stretch that authorities said is notorious for dangerous wrecks.

Never going a full calendar year without taking to the greens since his breakthrough as a 16-year-old professional, Woods will miss The Masters tournament this week, having won the title in 2019 as part of roaring career revival.

Set to kick off tomorrow, some fans and pundits have lamented that the green jacket competition just won’t be the same without five-time winner Woods and his iconic red shirt.