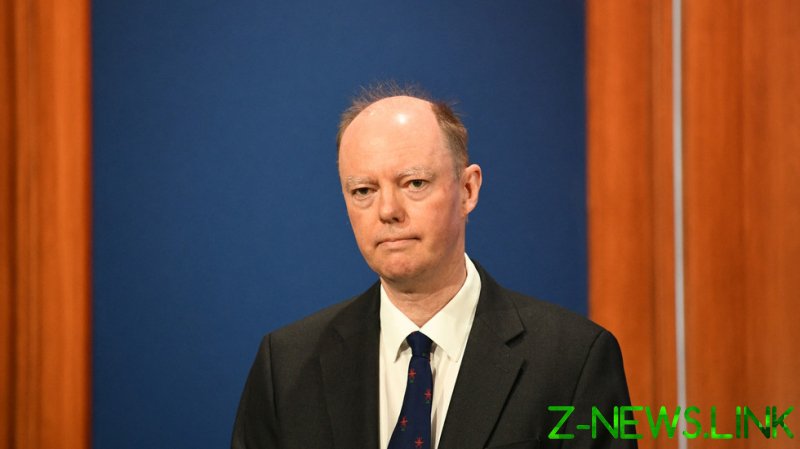 The video begins with the two individuals pressing up against the senior government adviser. One man tries to pull Whitty in for an embrace, while the other sticks his tongue out for the camera. Whitty, visibly uncomfortable, breaks free and tries to walk away.

“Oi oi… Please, just one photo. One photo mate,” the smiling men are heard saying as they follow him. One of the individuals then briefly puts his arm around Whitty as the pair cheer.

The police are investigating the incident.

Whitty’s involvement in the country’s Covid-19 response, particularly his public briefings on the pandemic, has made him a target of those who have been critical of the government’s handling of the health crisis. But it’s unclear whether the two men were motivated by an epidemiological dispute, or simply wanted an uncouth selfie with the public figure.

Among government officials, the incident was characterized as clear harassment, and possibly assault.

“This is disgusting and these thugs must be found and charged. Zero tolerance for harassing a public servant,” Nadhim Zahawi, the vaccines minister, said on Twitter.

Schools Minister Nick Gibb said that he hoped that the “full weight of the law and justice system will fall upon the culprits” while SNP Westminster Leader Ian Blackford said the “thuggery” raises concerns about the state of “public discourse.”

Prime Minister Boris Johnson also weighed in, stating that public servants should not have to face this kind of “intimidation.”

Former Good Morning Britain co-host Piers Morgan labeled the incident “disgusting.” Numerous others shared his view and said that Whitty should be given a full security detail. Several observers lamented that someone such as Whitty would need “protection” from the public.

Former MEP Roger Helmer disapproved of the incident but didn’t seem to think it was the unspeakable crime that many portrayed it as, saying the video was “outrageous” but also “funny”.

Others cautioned against assuming the men were intentionally trying to cause harm to Whitty.

“I don’t condone the behaviour of the lads harassing Whitty in any way. But it looked more like a couple of drunks over-excited at spotting someone famous than anything malicious,” one commenter wrote.

Others predicted that the incident was distracting from more pressing matters, such as the circumstances surrounding the recent resignation of former Health Secretary Matt Hancock.