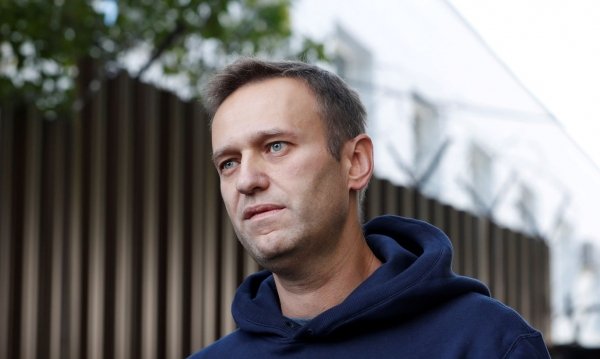 “They need one victim to build the case” For the whole of Russia began to call for questioning the people who sent donations to Navalny. They said “the Medusa”, what were they asking

On 20 February it became known that the people who sent donations to the headquarters of opposition leader Alexei Navalny and his Fund of struggle against corruption, began to call for questioning. Calls from the police or subpoenas received by people in different regions of Russia — from St. Petersburg to Omsk. Some of them have already managed to go to the interior Ministry. Medusa talked with two donors who have already given explanations to the police, how were these conversations about what I wanted from them, the investigators and how connected these events with the case of the FBC.

Before special attention by law enforcement officers [to me] was, it fell on me for the first time. But I hardly doubt that it will happen. After all, the network bombarded already in the third round: first came to FBC itself, then there was a wave of searches and arrests of accounts of activists across Russia, now called in for questioning because of the donuts. I do not doubt that to me it will get: I’m pretty openly illuminate their support of the FCO on social media and talking to people.

Of course, I’m not alone in Yekaterinburg support of FBK — perhaps they are too much accounts of the donators or additionally, the monitored social network. At FBK, I never was, but in 2017, I participated in the volunteer campaign with the presidential election. After that, the local headquarters of the Bulk without contact, just no time for that. Now my work has nothing to do with the public. In addition to being a programmer, I connected with dance sport and dance activities. On this subject I communicate with a huge number of people, so maybe they just found a fairly well-known in narrow circles of people.

The investigator called me last night. He introduced himself as the operative of management on fight against economic crimes and said he had to interrogate me as a witness in the case of money laundering. Insisted that the interrogation should be held as soon as possible — tomorrow. Later, after work, brought my car a summons. He FBK nowhere explicitly named, but were included in the agenda the number of criminal proceedings. I punched it into Google, and found that the case of the FBC. In General, I do not doubt that this is it, I can hardly be linked with something else.

During the interrogation, I was uncomfortable, but fear was not particularly. And while nothing happened, nobody broke me in the morning with a search warrant. In addition, the major interrogation was adequate and sane person, so everything went in a completely warm and friendly atmosphere. I came, the inquirer said that in the regions launched a questionnaire to which I must respond. I have read the questions. Asked, I am not personally familiar with famous people from the FCO, if I found out about them on YouTube, do I remember by heart some names of people from the FCO.

Then asked about Donata — Donati if I’m in 2017-2018, and how much. Asked if I feel cheated and do not want to write a statement on the FCO. I said no. I generally thought he asked formally and absolutely no zeal. Details did not interest him. Operas were happy, that was quickly done, apparently, urgent work. We went 40 minutes later happy with each other. There still will be some actions next is not clear.

Now they want to find a notional “victims”. The meaning is: the wider the net, the more likely to find something. They don’t want the interrogations all stated that they were deceived. They want one victim, who says that he was cruelly deceived and stole a billion. And it will be possible to build the whole thing. I think that they may find a “victim”. In addition, the option [with the straw donors] there’s always work.

I think that this is a criminal case seeks to destroy the FCO, well, or to complicate operations. Just ways to destroy not so much, given the number of people in the Fund. To put all totally they can’t — at least, before such was not. Well, this summer they were convinced that the organization remains working even if you put ten.

I monthly translate FBK 500 rubles — in 2016 or 2017. Me now people ask what I’m going to do. I say what I’m gonna do what you must, and come what may. I will continue to support the FBC. I started to help them because I like their ideas, and I think that we should support the people who support me and my views in a more global sense. If I can negotiate some work myself, and then feel obliged to pay people who are doing it for me. I’m talking about the investigation, and about political activities. In addition, it is now nothing will change, if I stop to help FBC: in a criminal case they are interested in donuts for 2017-2018.

I volunteer at the headquarters, but not so active. Can’t say that I participate in all projects, but some part of it. Participated in meetings in Omsk and Moscow, stood in single pickets and so on. One time I was detained at a rally in Omsk in September 2018 in the protests against pension reform. Arrested, given a fine of 10 thousand.

I started to transfer money FBK year in 2016. Translated regularly RUB 500 a month and in the thousands on the presidential campaign of Navalny. Perhaps, up to 1500 per month. Think I might call the police because I passed some kind of threshold for enumerations.

Last night I came to the operative mayor, Commissioner on especially important issues of Department on struggle against economic crimes. I opened the door, he asked me if I transferred money to Navalny. I did not want to answer — there is a 51-article I [of the Constitution]. Then he handed me the agenda for today and urged to attend.

Today I came — all took 15 minutes, now I’m in the status of the witness. The major very politely and talked quietly, no emotion showed, there was no pressure. Immediately showed me the printed out list of questions. I read them and chose what I will answer, and what — not, taking advantage of the 51st article. The main thing that they were interested in was if I transferred the money the FCO. Also asked if I was listed on the campaign Bulk. And if I thought that I had caused the damage. The first two questions I confirmed that did translations. The third said they do not consider themselves victims, no damage was not. Other questions related to what I do, my income, and so on. I did not answer as recommended that all human rights defenders. Didn’t want to give them any additional information. I had the idea not to answer their questions, but then I thought that my answers might help. I on their own all transferred and do not consider themselves victims.

Of course, all this affects me — excitement and stuff. Especially when he was searched. I thought, as if I came up with it. But rather I will support FBC on. I think that the whole thing created precisely in order to intimidate people.