Home / Movie / Thriller “the Passenger” got a new HURRICANE trailer!

Thriller “the Passenger” got a new HURRICANE trailer!

Don’t know if you paid attention to this movie after the first trailer (or after the release of the Russian version), but is willing to put a couple of hundred to that if you are interested in seriously. New trailer for Thriller “the Passenger” (The Commuter) keeps in suspense, intriguing, does not break away from the screen and causes a persistent and very pleasant Association with such hits of yesteryear as “Speed” or “under siege 2” – remember, this was a Thriller with Seagal, the action of which takes place in a moving train?.. Only “Passenger” looks cooler than both of these film put together.

Important advantages. First, in Director Jaume collet-Serra in his career not even a SINGLE weak film, very often or very cool, or just a good – “House of wax”, “Child of darkness”, “Shallow”… secondly, they have formed an excellent tandem with the great actor Liam Neeson – Neeson starred in collet-Serra in the Thriller “Unknown” and “Air Marshal”. Thirdly, the Neeson in “the Passenger” wonderful “support team” in the Faith Farmiga, Patrick Wilson and Sam Neil.

Returning home from work, a businessman unwittingly gets caught up in a criminal plot that threatens not only his own life, but those who are close to him.

World and Russian premiere will take place on January 11, 2018. 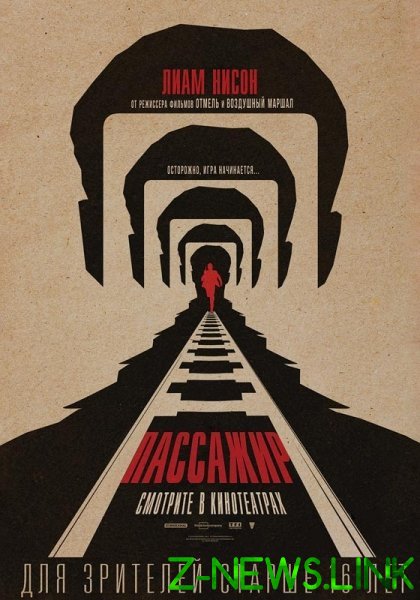