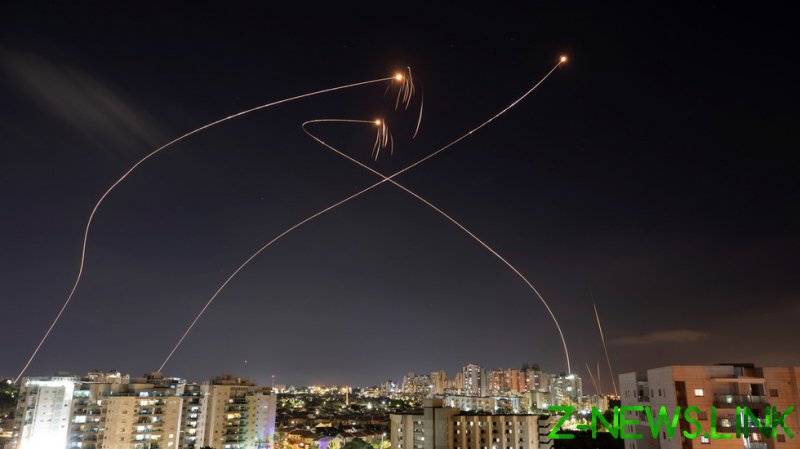 The projectiles caused no damage as they fell into the Mediterranean Sea off the Israeli coast, the forces said in a tweet late Thursday.

The rockets were fired from a region south of the Lebanese coastal city of Tyre, Reuters reported, citing a Lebanese security source. No sirens were heard in northern Israel before the attack.

It’s unclear if the attack was just an isolated incident or a sign of some bigger developments in the region. Back in 2006, Israel fought a war against the Hezbollah militant group, which has a sizeable presence in southern Lebanon. Small Palestinian groups located in Lebanon have also occasionally fired rockets at Israel in the past.

The incident came as tensions between Tel Aviv and Gaza are running high. Hamas militants in Gaza started firing rockets into the Israeli territory earlier this week after major public unrest at the Al-Aqsa mosque compound in West Jerusalem – the third-holiest site for Muslims across the world.

That escalation was sparked by an Israeli court’s decision to evict several Palestinian families from their homes in an Arab neighborhood near Jerusalem’s Old City. The move drew massive protests in Jerusalem which deteriorated into clashes between demonstrators and police.

Hamas has reportedly launched more than 1,500 rockets into the cities of southern and central Israel since May 10, killing six civilians, including a six-year-old boy and an IDF soldier. Israel has bombed over 650 targets in Gaza, destroying several high-rise buildings in the densely-populated Palestinian enclave.

The IDF has said it has killed dozens of militants, including some top Hamas commanders, in its retaliatory strikes on Gaza this week.

Health officials in Gaza said that, as of Thursday, over 100 Palestinians, including 27 children, had fallen victim to the Israeli strikes, while almost 600 people were injured.