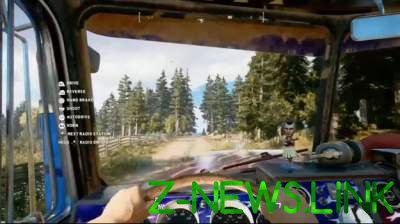 All published videos — different ways to study the demo version.

The developers of Far Cry 5 has prepared a new gameplay trailer for PAX. Three new gameplay videos lit up a previously unseen part of the game dedicated to the capture of inhabitants of reservoirs. In the published video shows catch a variety of fish to the bait.

Published the video based on the demo version of the game, which was brought to PAX.

All published videos — different ways to study the demo version. Two of them go for 20 minutes, while the third stretches for an impressive 40 minutes. In the end we have more than 1 hour gameplay demonstration of the hotly anticipated shooter.

Release Far Cry 5 will take place on 27 February 2018 on PC, Xbox One, PS4. Ubisoft expects sales of the fifth part will vary between the third and fourth games of the series. In the story the player will have to be at the center of clashes of religious worship with the community of North America. The main character will have a faithful dog that will help in combat.