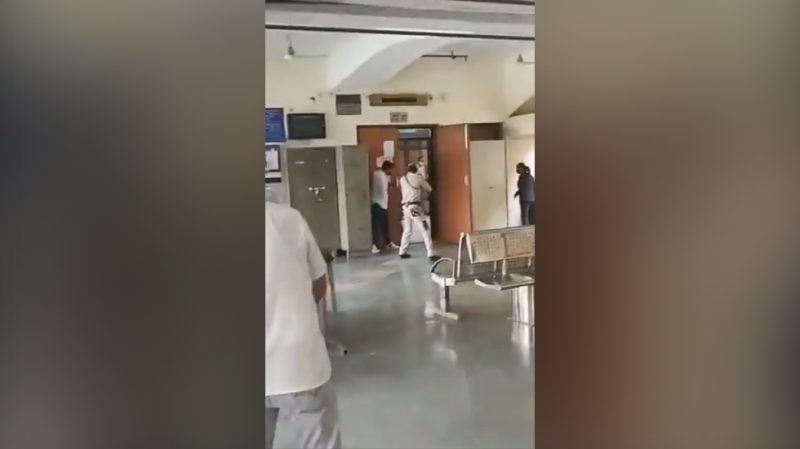 On Friday, Jitender Gogi, a notorious gangster who had been jailed since 2020, was brought to a hearing in north Delhi. On his arrival, gunmen from the rival faction, the Tillu gang, entered the courtroom dressed as lawyers and opened fire on Gogi. The mob boss was declared dead in hospital.

Special-forces personnel who had been escorting Gogi fired back at the two gunmen, killing them on the spot. “Two from the rival gang opened fire on Jitender Gogi inside the court. That’s when police retaliated and killed the two assailants,” Delhi Police Commissioner Rakesh Asthana told NDTV, confirming that a third person had also died in the shootout. Initial reports suggested four people had been killed. Reports vary, but it is understood that at least six others, including a female lawyer, were injured.

A congressman and senior member of the Indian National Congress party, Gaurav Pandhi, posted to Twitter a video from the lobby outside the courtroom that has since been widely shared across social media. Gunshots can be heard from within the courtroom and an officer stands at the door pointing his gun into the room.

Another video in circulation appears to show a casualty being lifted into an ambulance.

Indian media claims Gogi’s gang and the Tillu gang had been at war for years, and that their feud had resulted in the deaths of at least 25 people. Gogi, born Jitender Mann, was arrested last year.