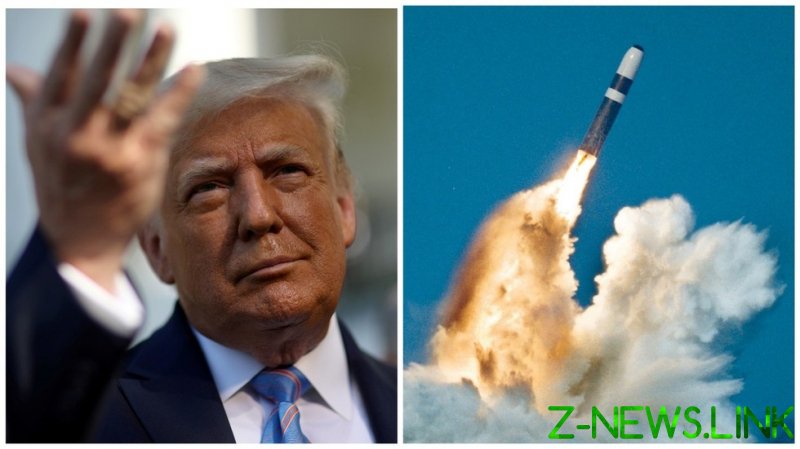 Chomsky, one of the most cited political thinkers of our time, made the remarkable point while speaking to RT’s Going Underground program. The US President “is racing towards maximizing the threat of nuclear weapons,” he proclaimed, invoking the Doomsday Clock which metaphorically measures time until a global disaster.

“That’s why the famous Doomsday Clock has been moved closer to midnight every year Trump has been in office,” Chomsky said to back up the claim. The Bulletin of Atomic Scientists, a group of scientists and academics managing the clock, has “abandoned minutes [and] moved to seconds – 100 seconds to midnight” this January, the intellectual said.

A vocal critic of US interventionism and historically not a fan of Trump, Chomsky insisted that the President – who isn’t shy of bragging about America’s nuclear deterrent – “has continued his attacks on arms control regime which has somewhat limited the enormous threat of nuclear destruction.”

Democrats don’t have a pretty record on this, I should say, but nothing like that.

Chomsky continued by listing the milestone treaties abandoned – or endangered – by the Trump administration. Among them was the 1987 US-Soviet Intermediate-Range Nuclear Forces (INF) which banned an entire class of weapons systems, as well as the 2002 Open Skies Treaty (OST) which allowed, as a trust-building measure, for unarmed surveillance flights over the entire territory of 35 participants.

While brushing aside existing restraints, Trump’s US is “moving towards creating new and far more threatening weapons of destruction against which there is no possible means of defense,” Chomsky said, apparently referring to the Pentagon’s latest technological advances in building hypersonic weapons.

The binding document, signed by then-Presidents Barack Obama and Dmitry Medvedev ten years ago, called for halving the number of strategic nuclear missile launchers in use by both sides and set limits for deployed nuclear warheads.

New START is set to expire in February 2021, but hopes for prolonging it are fading away. Russia has consistently said it is willing to extend the pact without preconditions for another five years – however, not “at any cost.” The US has made the renewal conditional on China being included in a new trilateral arms control deal.

To Chomsky, the moment of doing so is already past us. “It may be too late to renew it,” he suggested.